Then and Now - Cradock Place 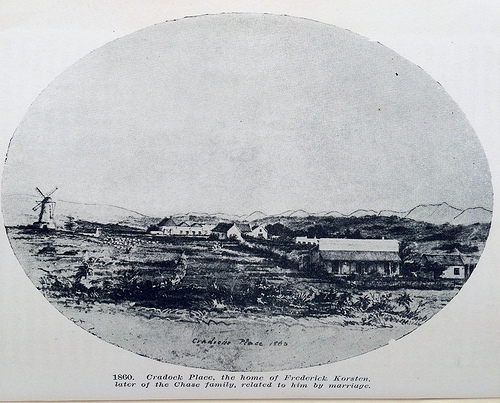 Frederick Korsten, a Dutch entrepreneur, came to Algoa Bay in 1810 and over the following years established himself as a merchant, farmer and owner of a whale fishery.  In 1812 Korsten purchased a farm called Papenkuilsfontein from Thomas Ignatius Ferreira and named it Cradock Place after Sir John Cradock who was the Governor of the Cape Colony from 1811 until 1814.  The farm changed the commercial landscape and economic future of Algoa Bay dramatically during the 1800's.  It also became the social centre for well-to-do visitors to Algoa Bay with some of the guests including Cape Governors of the day, French scientists, a Zulu delegation sent by Shaka, as well as the well-known traveler-artist Thomas Baines. 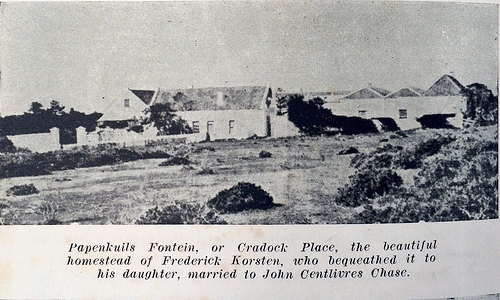 Frederick Korsten passed away on 16 June 1839 at the age of 66 years and bequeathed the farm to his daughter who was married to John Centlivres Chase.  Chase wrote a book called "Old Times and Odd Corners" that documented the history of the estate.  Korsten was buried on the farm and it is said that the cemetery and family mausoleum were at some considerable distance north-west from the house, roughly where Stanford Road and the Papenkuils River run closet to each other today. 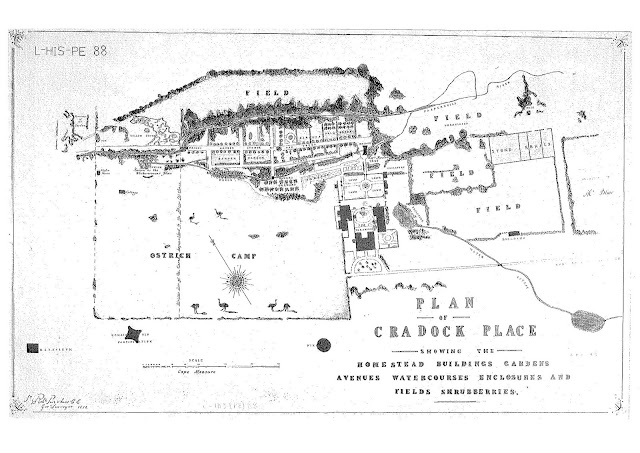 Unfortunately the farm was later ravaged by misfortune and sorrow.  The end of Cradock Place started with a devastating flood followed by a fire that totally destroyed the homestead on 13 March 1909.  At that stage the farm was no longer owned by the family. 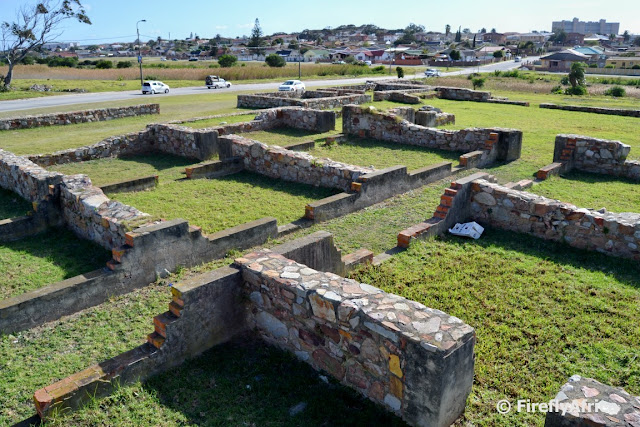 Urban expansion which has accelerated in the area and extensive vandalism means very little is left of Korsten's commercial legacy.  Today only the foundations of the buildings remain next to the road between Algoa Park and Young Park.  At least it seems the municipality is keeping the grass cut around the foundations. 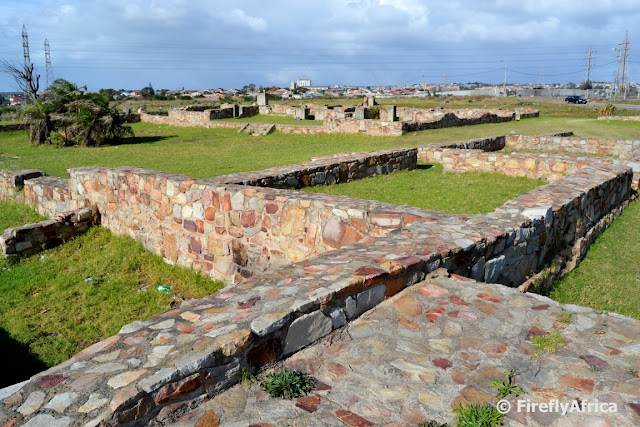