Today is the last post in the series featuring last Saturday's Springboks vs All Blacks test at the Nelson Mandela Bay Stadium.  I was at the rugby to enjoy the game, so I didn't sit snapping away with my camera catching all kinds of action shots.  I did get a couple of photos though showing key rugby actions from the game that I am posting today. 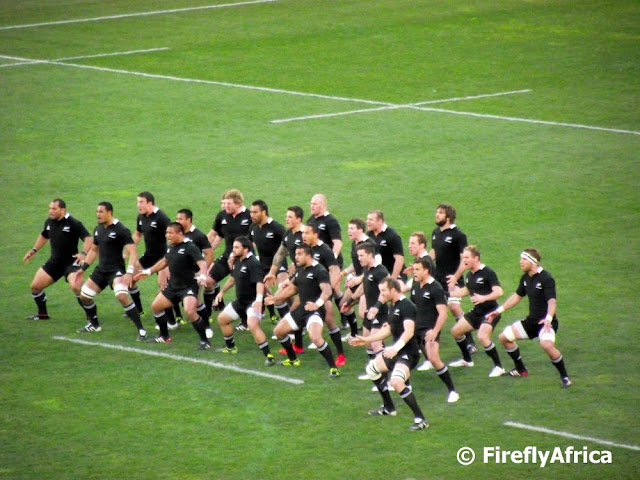 One of the most respected and feared New Zealand rugby traditions is the Haka that is performed before a match.  The Haka is a traditional Maori war dance that are performed by various tribes and cultural groups throughout New Zealand.  The best known Haka of them all is called "KA MATE" and has been performed by countless New Zealand teams both locally and internationally.  The first time the Haka (and there are various versions that do get performed) was done by a New Zealand rugby team was in 1884.  Saturday's haka can been seen after the national anthems here, while this video shows the haka performed at a match last year. 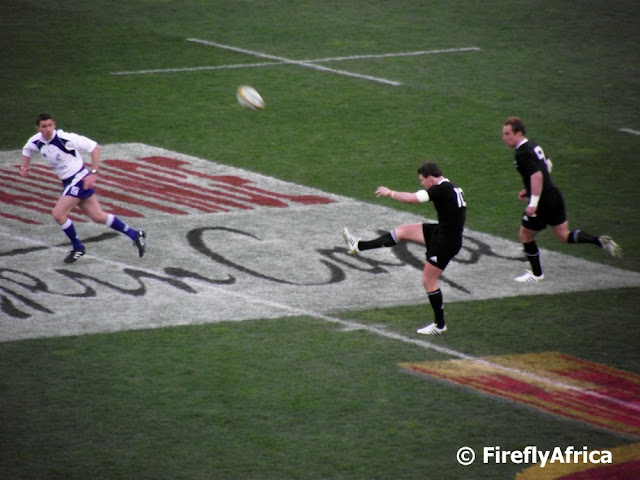 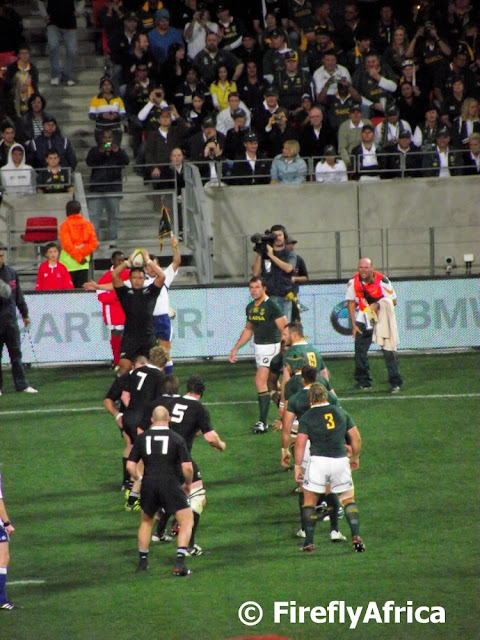 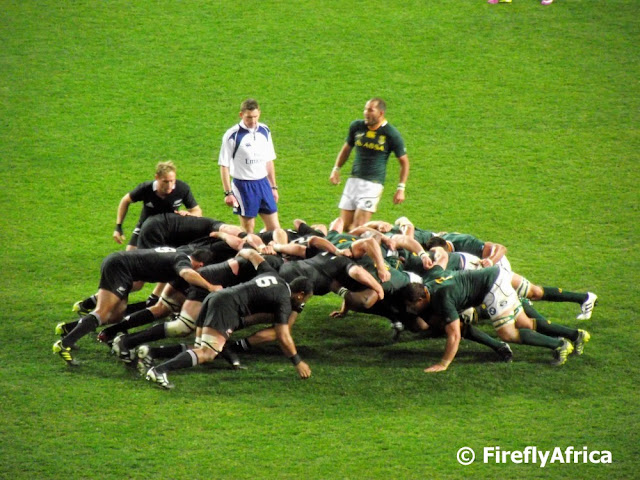 Scrum
Posted by Firefly the Travel Guy at 2:30 PM