Lady Elizabeth Donkin - Then and Now 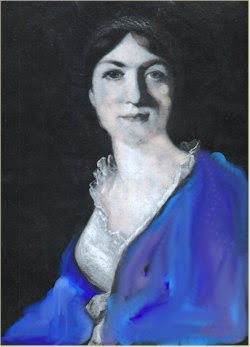 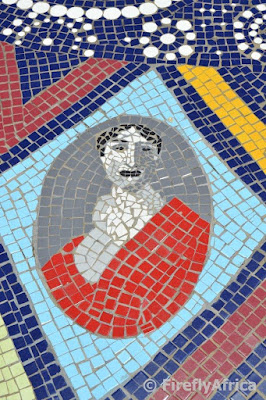 I wonder how many people who have seen the mosaic art piece on the Donkin Reserve next to the pyramid have noticed that the only known portrait of Lady Elizabeth Donkin has been incorporated into it.

Elizabeth Frances néeMarkham was the young wife of Sir Rufane Shaw Donkin and died of fever shortly after child birth while Donkin was stationed in the East.  Elizabeth was the eldest daughter of the Very Rev Dr George Markham, dean of York, and the grand-daughter of the then late Archbishop of York.  After her death Sir Rufane came to the Cape where he was the acting Governor from 1820 to 1821.  While in Algoa Bay to oversee the landing of the British Settlers in 1820, he named the town in memory of his wife and in August of that year he erected a memorial to her on a hill overlooking Algoa Bay.  This hill is what is known as the Donkin Reserve today and the memorial is the pyramid next to the lighthouse. Sir Rufane committed suicide on 1 May 1841 on what would have been their 26th wedding anniversary.
Posted by Unknown at 2:30 PM