The wedge building in Central 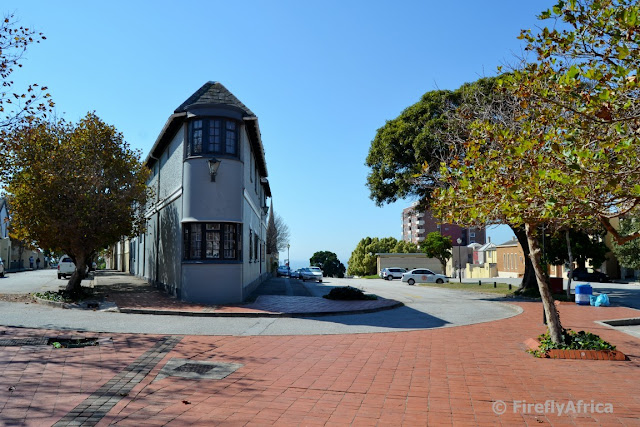 A couple of years ago I got an inquiry to find out if I had any information on the "wedge building" near the Donkin Reserve in Central.  After doing a bit of research and not finding much, I posted the question on the ExPE 60's 70's and 80's page where I received a wide range of opinions and answers.  And then it happened, first hand information.  Elizabeth Wilson Botha gave the following answer.

This block of four flats (two at street level & two upstairs) is called Pineview on the corner of Ivy Street & Alfred Terrace. It was built in 1928. Our family owned it for 39years from 1968 - 2007. My late parents occupied the top corner flat. The bay window is the bedroom area, fitted out with dressing table & built-in cupboard along the back wall with the bed situated behind the dividing wall separating the bedroom & lounge. The passage, kitchen & bathroom are at the front door. Incidentally, my Dad made the two Edinburgh lamps at the point & entrance to the flats. My folks were from Edinburgh, Scotland! Unfortunately no mention of architectural style is mentioned in the plans, we still have!

I saved the reply but totally forgot about it till stumbling on it last week.  Had to go and grab a picture or two and share it with you. 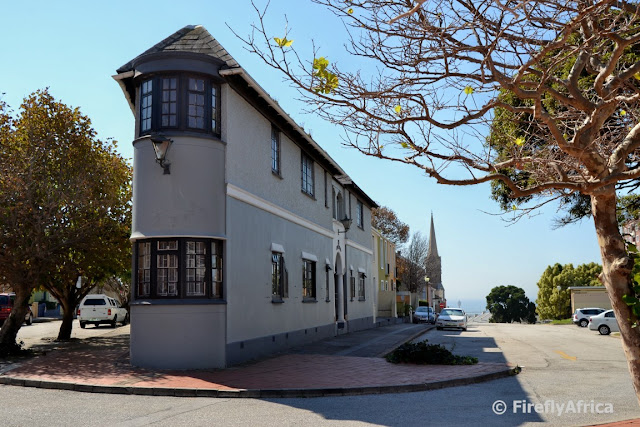