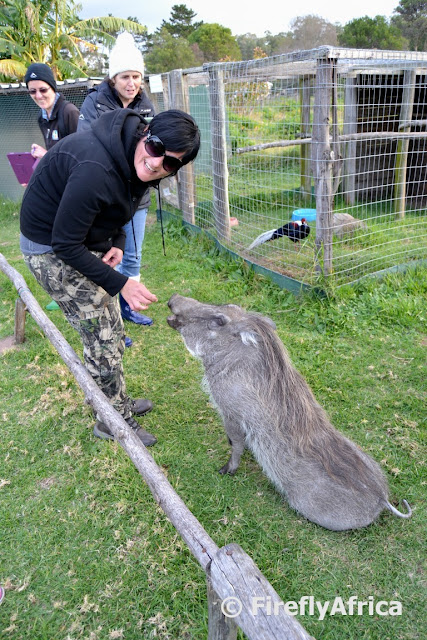 We have a couple of Daxies at home who think they are people and I have a friend who has a African Grey who barks like a dog and then says "I'm not a dog".  But have you ever seen a warthog who thinks he's a dog?  Spending an afternoon at Animals in Wonderland I met Wallace the warthog... I mean Wallace the dog... No wait, Wallace the pig dog... Wallace. 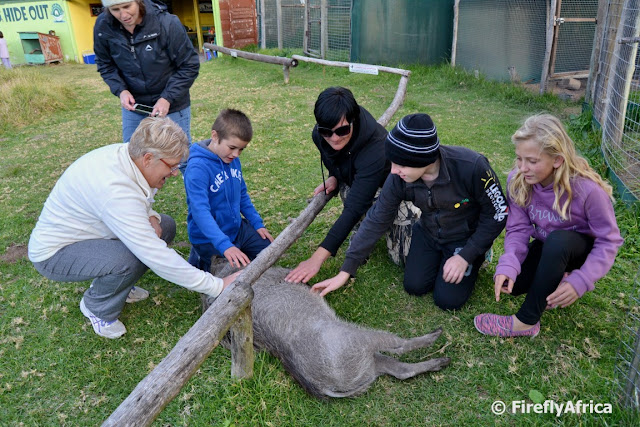 Wallace is an orphan warthog who came to Animals in Wonderland as a tiny little piglet and was hand-raised to give him a shot in life.  Now Wallace runs around with the resident dogs, sleeps on a mat in front of the bed and sits when he's told so.  He also like to have his belly rubbed like his doggy siblings. But who doesn't?
Posted by Unknown at 3:30 PM