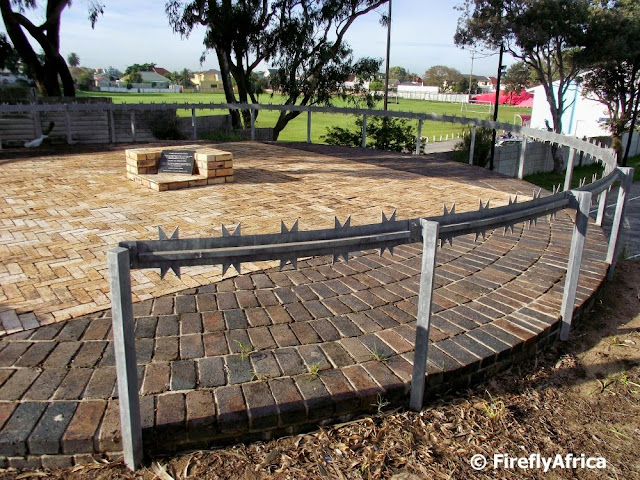 Today's post basically is a report of a post I did in 2014.  It's one of those little pieces of Port Elizabeth information that very few know about and is worth reposting.

When you mention the word concentration camp most people would probably associate it with the Germans during the second World War.  Few know that concentration camps were first implemented in South Africa by the British to hold Boer women and children during the Anglo Boer War (1899 and 1902).

There were two concentrations camps in what is today known as Nelson Mandela Bay.  One in Uitenhage and one at Kemsley Park in Port Elizabeth.  The concentration camp in Port Elizabeth operated from December 1900 until approximately November 1902.  It held an average of 230 children and 86 women housed in corrugated iron huts encircled by a high barbed wire fence.  There was also a separately fenced camp for 32 men in tents.  There were very few deaths in this so-called "model camp" compared to the thousands that died in the other camps.  Only 12 deaths were recorded over the period it was in existence.  This camp housed mainly Boers from the Free State from Jagersfontein and Fauresmith, among them General, and later Prime Minister, JBM Hertzog 's mother, wife, three sisters in-law and their children.  The camp was closed in November 1902, and subsequently, a monument was erected at the Kemsley Park site.  A monument and plaque at North End Cemetery have the names of the 14 people who died in the camp on it.

Posted by Firefly the Travel Guy at 11:06 PM