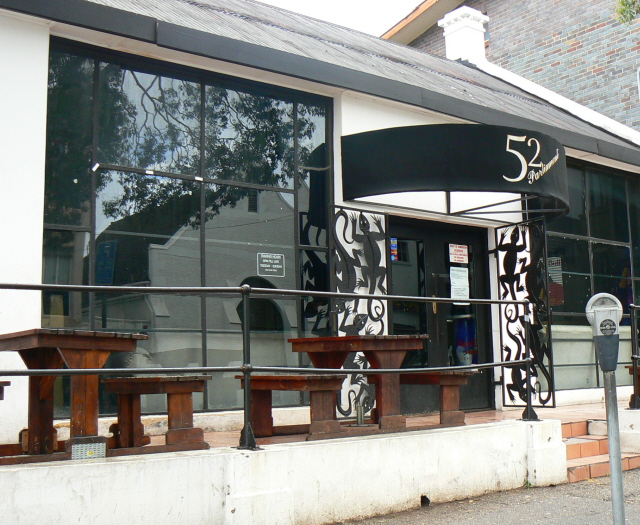 In the old historic Central area of the city, old meets new, as a settlers cottage becomes a hip cafe and jazz club. Previously known as the Lizard Lounge, the metal gates were custom made to suit the theme. After a change of ownership, it is more boringly known as 52 Parliament Street, but they have luckily been retained! The historic building opposite can be seen reflected in the window. A great move is being made to restore these old buildings, and retain as much of their original character as possible.
Posted by sam at 7:49 AM