On Friday and Saturday (9 and 10 December 2011) the South African leg of the IRB 7's World Series took place at the Nelson Mandela Bay Stadium for the first time.  Getting the 7's to the city was a big scoop and the action on and off the field didn't disappoint.  The event truly lived up to it's billing as "Rugby's Biggest Party".  Below are a couple of snaps I took from both next to the field as well as the media tribune at the top of the stadium.  In the main picture the Blitzbokke (South Africa in green) is playing France in the quarter finals.  New Zealand eventually beat South Africa in the last couple of seconds of the final. 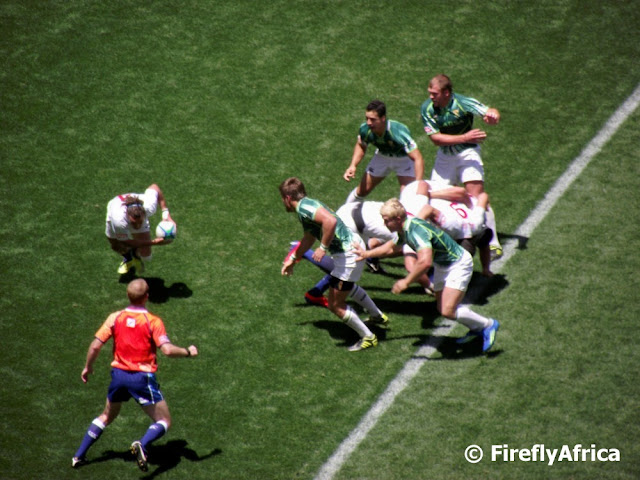 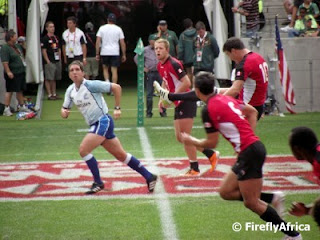 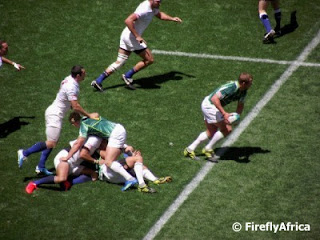 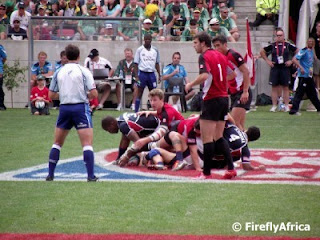 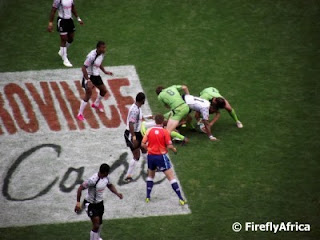 Posted by Firefly the Travel Guy at 2:30 PM