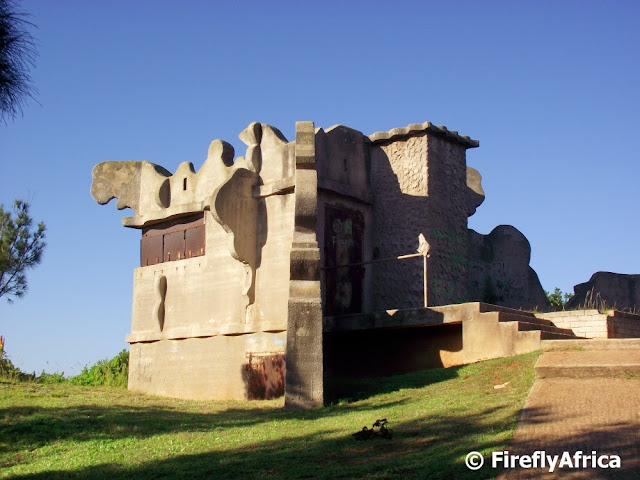 In 1942 during the Second World War a set of harbour defences was put up around Port Elizabeth to keep a constant lookout for approaching ships, submarines and planes.  The defences consisted of Algoa Battery in Humewood, the Battery Observation Post on Brookes Hill and three Fortress Observation Posts at Amsterdam Hoek (Bluewater Bay), Seahill (Cape Recife) and Schoenmakerskop.
I've been to the FOP's at Cape Recife and Schoemakerskop before and have decided that I want to check them all out even if its only to say that I've been there.  The next one on my list was the FOP at Bluewater Bay which is still in good condition.  Pity I couldn't get on top of the FOP to see the view out to sea.


Posted by Firefly the Travel Guy at 2:30 PM