The Cross of Prester John 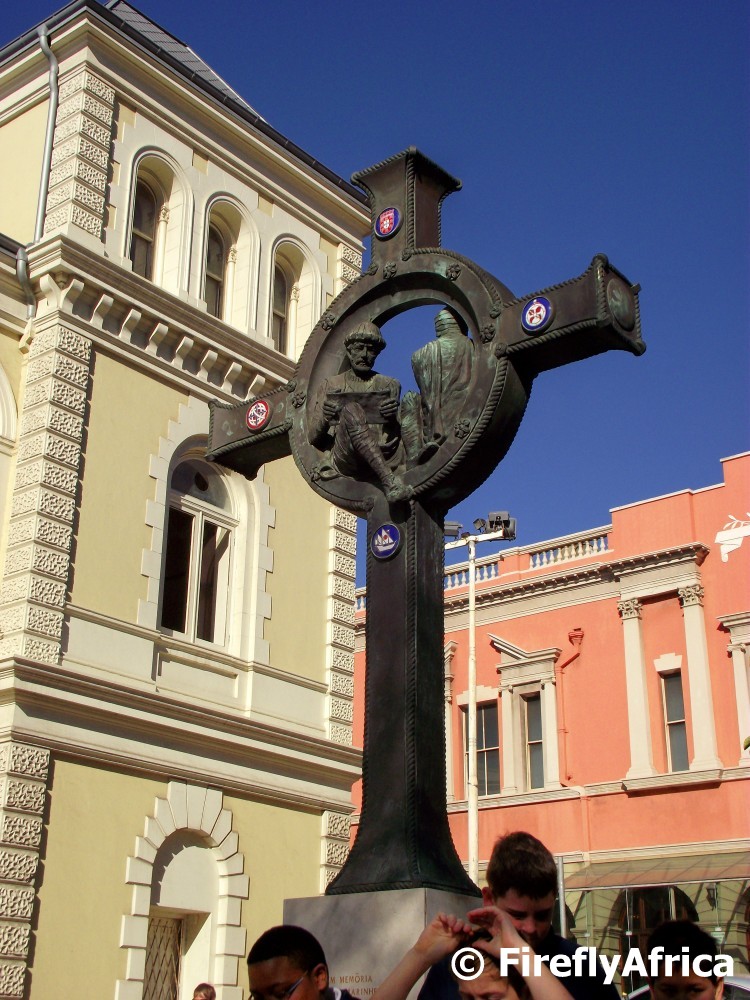 The space between the Port Elizabeth City Hall, Old Post Office Building and the Feather Market Centre in Fleming Square and it contains a monument which is the only of its kind in the world.  The Prester John Cross was unveiled in 1986 by the Portuguese Ambassador and is dedicated to the mythical king-priest, Prester John, and the Portuguese explorers who discovered South Africa.

It was the quest for Prester John as a Christian ally that led to expeditions to reach him by sailing around Africa.   The monument consists of a large Coptic cross and in the central circle are the figures of Prester John and a Portuguese navigator.
The legend of Prester John were popular in Europe from the 12th through the 17th centuries and it told of a king said to rule over a Christian nation lost amidst the Muslims and pagans in the Orient. Prester John was reportedly a descendant of one of the Three Wise Men of the bible  and was generous ruler and a virtuous man, presiding over a realm full of riches and strange creatures.
At first it was imagined that Prester John resided in India.  Later accounts placed the king in Central Asia and eventually Portuguese explorers convinced themselves that they had found him in Ethiopia, which had been officially Christian since the 4th century.
Read more about Prester John on Wikipedia.
Posted by Unknown at 2:30 PM