Arc of the 30th Meridian 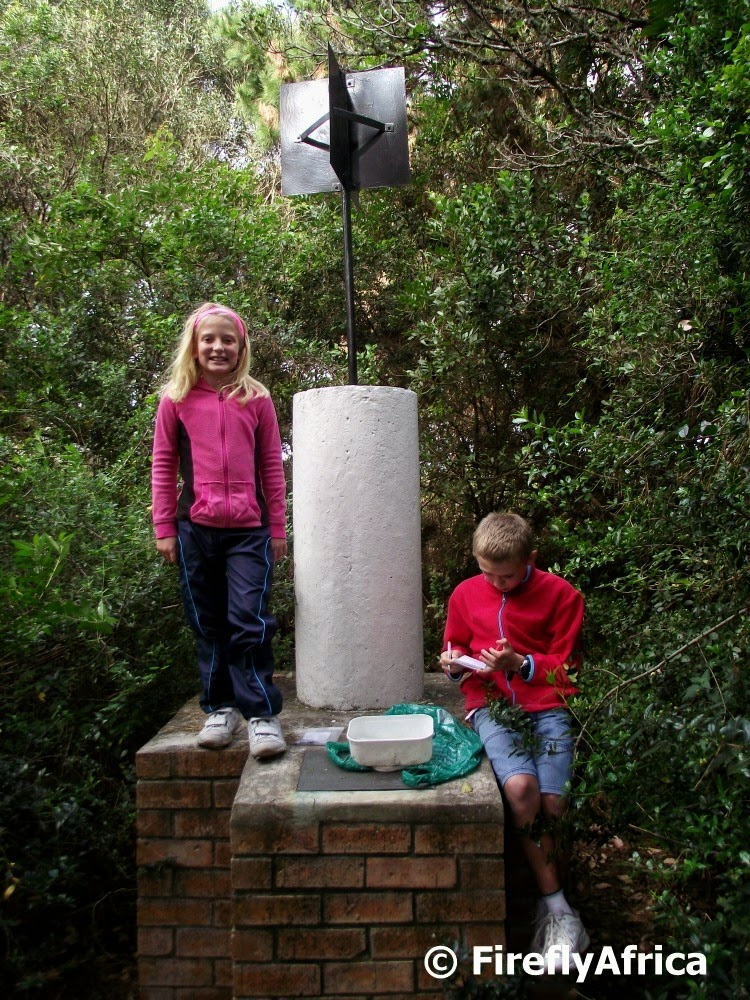 I took the KidZ on a Geocaching outing over the weekend to find a cache called Arc of the 30th Meridian.  It's located close to a trig beacon in the Humble Ways private nature reserve on top of Lovemore Heights and is one of the oldest caches in Port Elizabeth.  In the picture Chaos Boy is signing the logbook while Drama Princess strikes a pose. 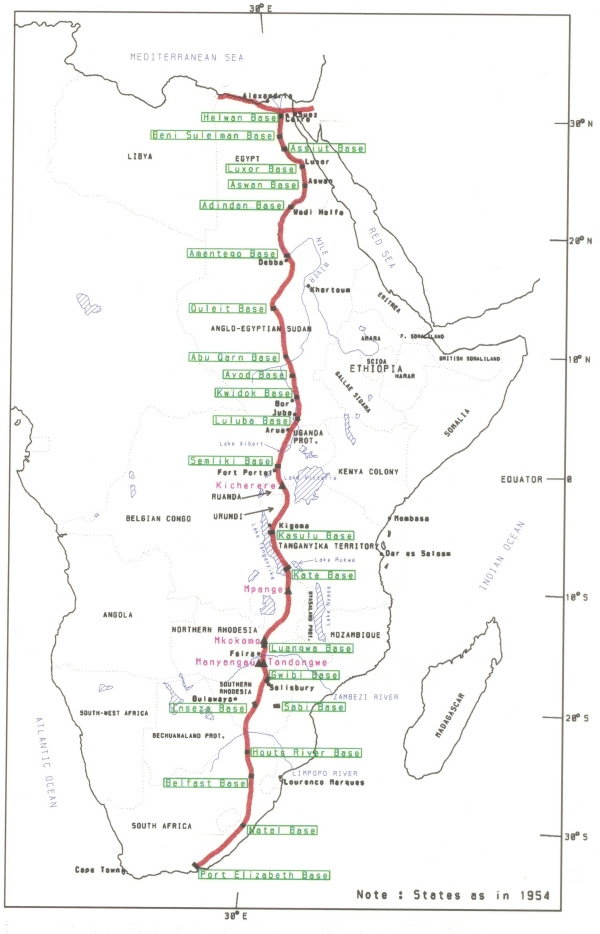 The trig beacon is one in a series of 26, which are the first set of historic astronomical stations measured in order to establish the groundwork of the Arc of the 30th Meridian.  The Arc of the 30th Meridian is a set of triangulation measurements effectively creating an arc from Port Elizabeth in South Africa to Cairo in Egypt through the entire African continent.
The purpose of the measurement was to determine the size and shape of the Earth.
This beacon represents the Southern most point of a chain of triangles measured along the 30th meridian through Botswana, Mozambique, Zimbabwe, Zambia, Tanzania, Burundi,  Uganda, the Democratic Republic of Congo, Sudan and ending near Cairo in Egypt.
Prior to 1999 the beacon was also the origin of the geodetic survey of South Africa.

The project was initiated by Sir David Gill, the Astronomer Royal at the Cape in 1879 and the final measurements were completed in the Sudan 1954.

The arc, known as the Arc of the 30th Meridian, can be connected across the Mediterranean Sea through Crete and Belarus to a similar arc measured through Europe terminating at North Cape in Norway.  The European arc is known as the Struve Arc and together these two arcs cover nearly 105º in latitude which is over 11650 Km in length.
Posted by Unknown at 2:30 PM