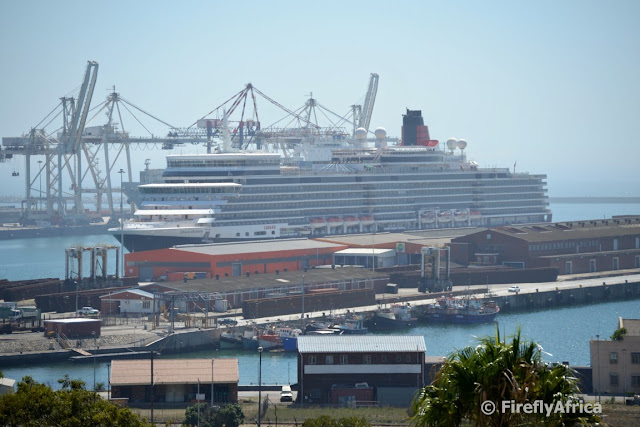 Port Elizabeth is slowly becoming a more and more popular stopover spot for cruise ships.  Today the city was extremely fortunate to have the Queen Elizabeth visit for the day.  The Queen Elizabeth is a Vista-class cruise ship operated by the Cunard Line.  She is the second largest ship constructed for Conurd, exceeded only by its sister ship Queen Mary 2.  The ship was launched in January 2010 and had her maiden voyage in October of that year. 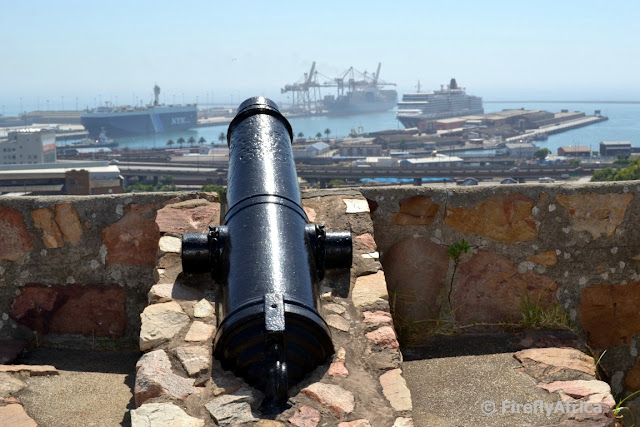 Although you could get onto the harbour and fairly close, you could not get through the last security gate allowing you to get right by her.  We decided to rather admire her from afar and headed up to Fort Frederick for a look before driving to South End for a slightly different angle from the old St Peter's Church ruins. 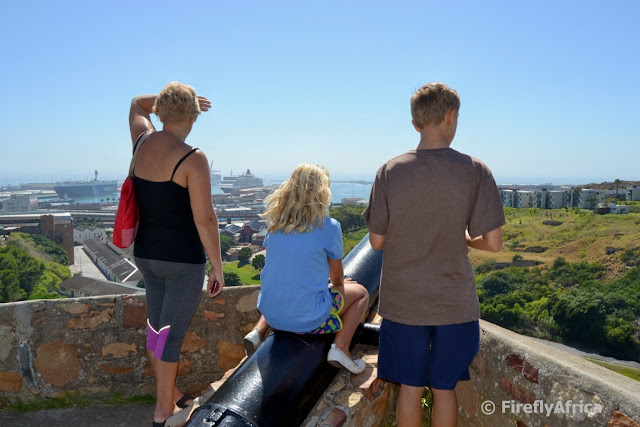 The family having a look at the Queen Elizabeth from Fort Frederick
Posted by Firefly the Travel Guy at 9:19 PM