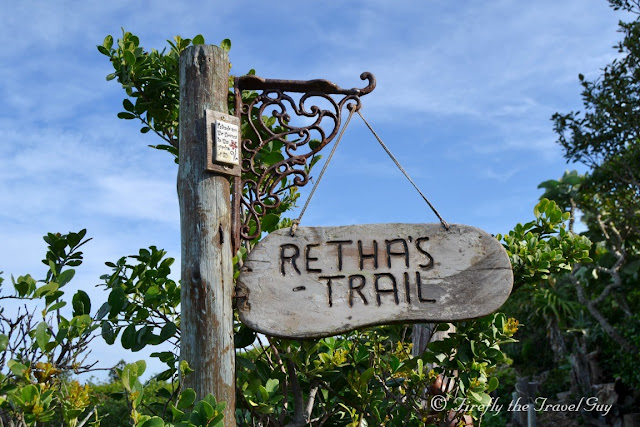 One of Port Elizabeth's little gems that very few people seem to know of is Rheta's Trail in Schoenmakerskop.  Rheta's Trail stretches behind the houses (from #24 to #40) in Schoenies on Marine Drive between  and can be accessed between numbers 22 and 24.  The trail is always open and was created by local resident Retha Taylor along with a couple of workers.  The trail starts by the labyrinth on the eastern side and is more about what you'll find along the way than the trail itself as it's not really a hiking trail in the sense of the word due to its length.  Or in this case "shortness".  Along the way there are literally hundreds of items that act as conversation pieces, some representing something significant in people's lives and others just because.  Or as we say in Afrikaans, "Sommer maar net."  Next time you're in the area do drop by as I promise you you will love it. 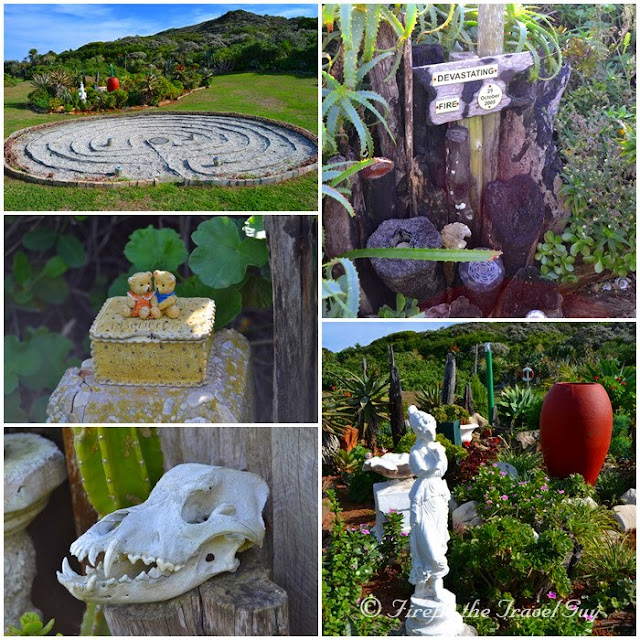 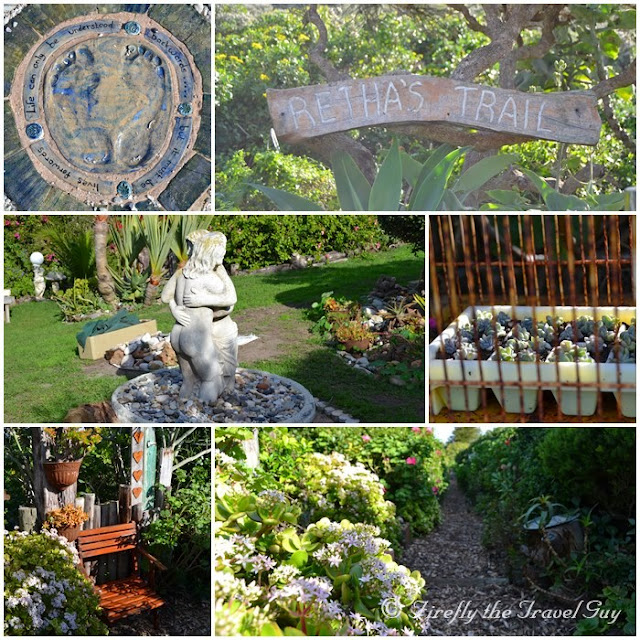 Posted by Firefly the Travel Guy at 3:19 PM