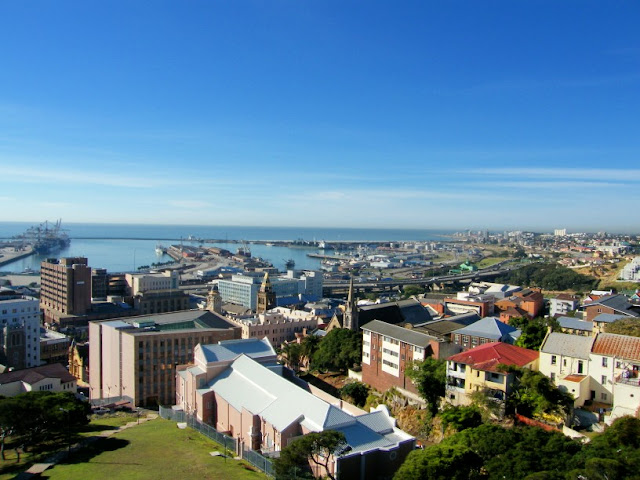 Today is Nelson Mandela's 91st birthday. We are very fortunate here in Port Elizabeth that we live in a metropolitan area carrying his name. Port Elizabeth along with the towns of Uitenhage, Despatch and Colchester forms part of Nelson Mandela Bay.
Nelson Rolihlahla Mandela was born on 18 July 1918 in the village of Qunu near Mthata (Umtata) in the Eastern Cape. He is also known worldwide as Madiba, an honorary title adopted by elders of Mandela's clan.
Mandela was an anti-apartheit activist, and the leader of the African National Congress's armed wing Umkhonto we Sizwe. He was convicted in the Rivonia Trail which led to him going to prison for 27 years in prison, spending many of these years on Robben Island. Following his release from prison on 11 February 1990, Mandela supported reconciliation and negotiation, and helped lead the transition towards multi-racial democracy in South Africa. In 1994 he became the first democratically elected president of South Africa. In 1993 he received the Nobel Peace Prize and is currently a celebrated elder statesman who continues to voice his opinion on topical issues.
The picture was taken from the top of the Donkin Lighthouse and shows the Port Elizabeth city centre, harbour and beachfront in the distance.
Posted by Firefly the Travel Guy at 4:41 PM