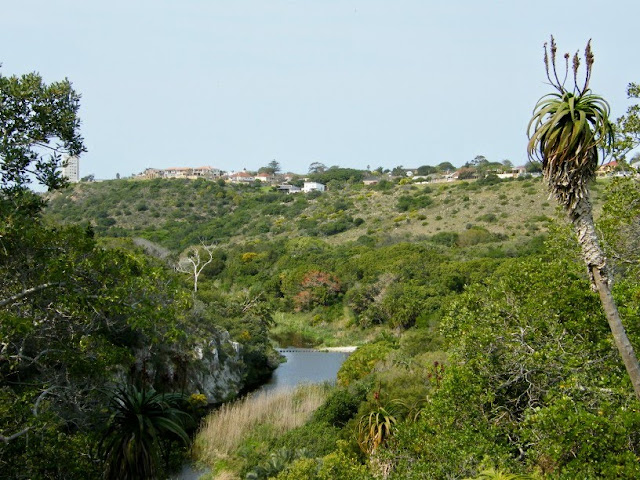 The 54-hectare tranquil Settler’s Park, which lies along the banks of the Baakens River, is located in the heart of the city. In many ways its the city's green lung. The park has three entrances and may be accessed via How Avenue, just off Park Drive; Chelmsford Avenue, just off Target Kloof or from Third Avenue, Walmer. It also offers recommended short walks that may commence from any of these entrances. The Park facilities include a flower display house, a Marquette of the 1820 Settlers’ Statue, indigenous flora, rock pools with stepping-stones and grassed areas ideal for picnicking. The Park is rich in bird life, small buck and other fauna as well as offering an 8km walking trail through the Baakens River Valley, named the Guinea Fowl Trail.
.
In the past there has been some unsavoury characters hanging around the park and there were a couple of unfortunate incidents, but the city and its inhabitants have decided to take the park back. The Walk Safe initiative was started as a collaboration between the municipality, various tourism bodies, the police, The Baakens Trust and various nature bodies. This has seen a increase in police and ranger patrols in the valley which is leading to the public slowly returning to this gem of the city.
Posted by Firefly the Travel Guy at 9:04 PM