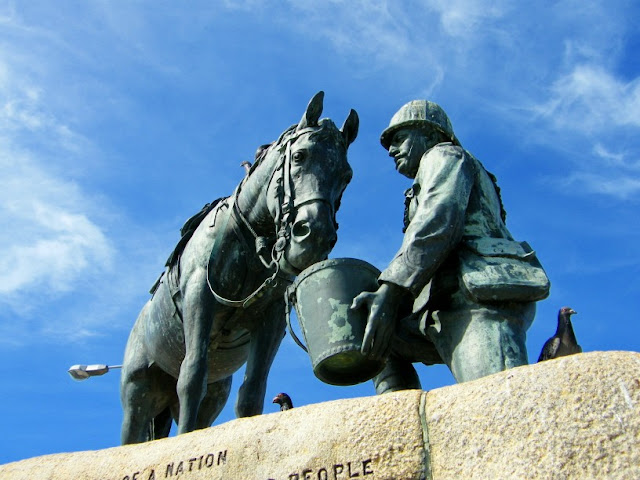 The Horse Memorial on the corner of Rink Street and Russel Road was erected in remembrance of the horses and mules that suffered and died during the Anglo Boer War which was fought between 1899 and 1902. Although the war didn't really play of in close proximity to the town, most of the British forces and their horses entered the country through Algoa Bay. The locals were very aware of the circumstances the horses were under on the ships as well as what they went through in the war. This lead to the monument being put up. Well over 100 000 horses died during the war.