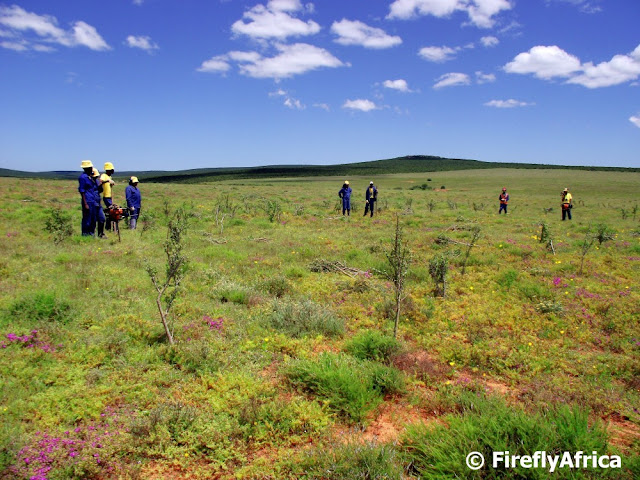 As most of the Addo Elephant National Park is made up of what used to be farmlands, big parts of the park consist of open fields.  Addo has embarked on a project where locals are used to plant spekboom on these fields to help and bring the natural bush back quicker.  Spekboom (sometimes referred to as elephant bush as the ellies love to eat them) is an indigenous succulent bush and grows very easily and quickly, making it the ideal plant for the park.  Because it contains so much water, it supplements the elephants' water intake which is one of the reasons its possible for Addo to have such a big concentration of these magnificent giants. 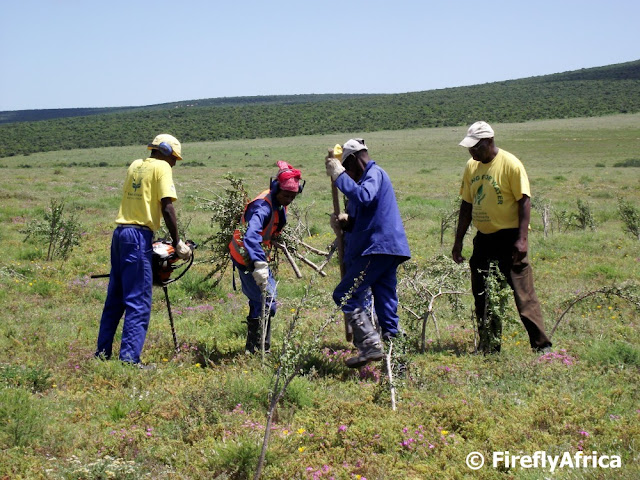 A team of workers consist of three members.  The first guy uses a drill machine to drill a hole into the hard ground, the second guy puts the spekboom branches (which are harvested in designated areas and will form roots very quickly) while the third guy used a pole to close the hole and compact it again.  The fourth guy in the picture is the foreman who was on site when we visited.
Posted by Firefly the Travel Guy at 2:30 PM