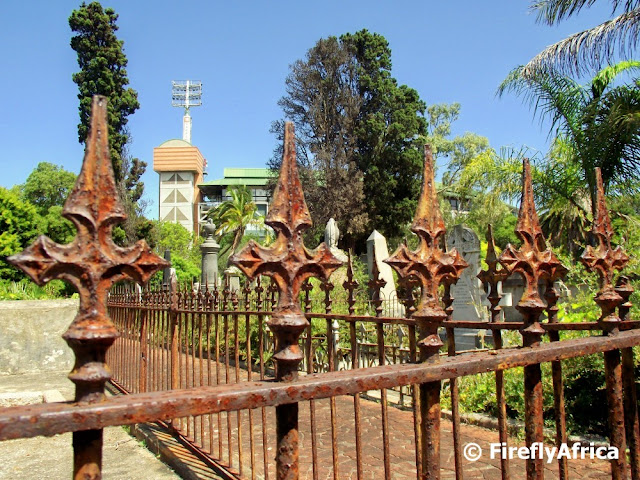 Port Elizabeth has some wonderful historic cemeteries, one of them the Scottish Cemetery in St Georges Park.  The first cemetery in Port Elizabeth was St Mary's Cemetery which started as a military cemetery, but after the arrival of the British Settlers it was assigned to the St Mary's Collegiate Church and opened for the burial of all Christians in the town.  The growth of the town increased the demands placed upon St Mary's Cemetery and allocations of small pieces of land on the town margins to accommodate the various Christian denominations were made. One of the cemeteries established in the following years was mainly for the Church of Scotland set aside in 1854 on the western edge of town.  This was later incorporated into the extensive St George's Park.
Posted by Firefly the Travel Guy at 2:30 PM