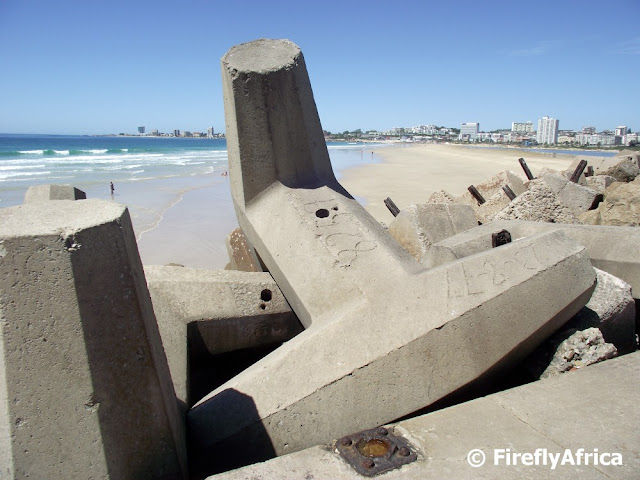 Harbour walls and breakwaters all over the world make use of dolosse to create that barrier between the ocean and land.  A dolos (plural dolosse) is a concrete block in a complex geometric shape weighing up to 30 tons.  The new Coega Harbour in Port Elizabeth made use of 28 000 dolosse in the construction of its breakwater.  The dolos is named after the knucklebone of a sheep.

Dolosse were developed in East London in 1963 by one-time East London Harbour Engineer Eric Mowbray Merrifield who won various awards for the invention.  In the late 1990s Aubrey Kruger made a claim that he worked with Merrifield and was the one who came up with the design but never received any recognition.

The picture above was taken at the Port Elizabeth Harbour wall with Kings Beach in the background.
Posted by Unknown at 2:30 PM