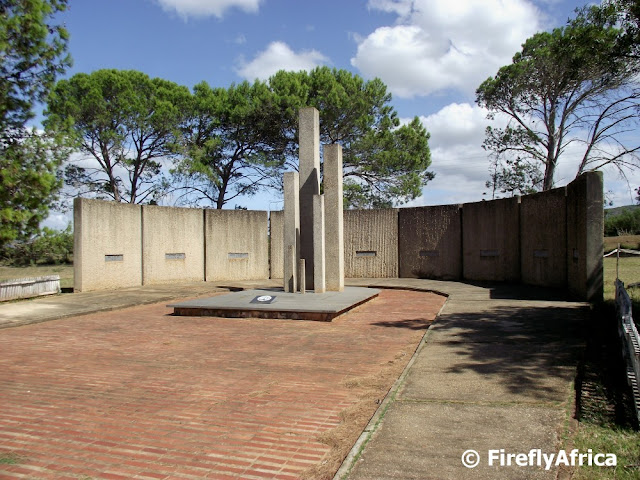 Not a lot of people know that Uitenhage had a concentration camp right on their doorstep during the Anglo-Boer War between 1899 and 1902.  The concentration camp used to be situated on 10 hectares of land on the outskirts of town where the festival grounds can be found.  During the war a large number of women and children were dying in a Bloemfontein camp because of extreme temperatures.  It was decided to establish a new one which had to be somewhere near water and a train line.  Uitenhage was ideal for that and a camp was built for 2000 people, although only 1800 stayed there.  At first the residents looked down on the people in the camp but then realised that they were their own people.  The locals started to go to the camp to talk to those held there and even played records for the women and children.  All the houses were built of zinc and wood as opposed to the tents of the other camps. Today, only the house that is believed to have been the commander’s stands on the site. The rest of the houses were broken down and rebuilt in Port Elizabeth’s Red Location.  In front of the house visitors will find a memorial statue as well as a monument made out of high cement walls and pillars in memory of the eight children and adults who died in the camp.
Posted by Unknown at 2:30 PM