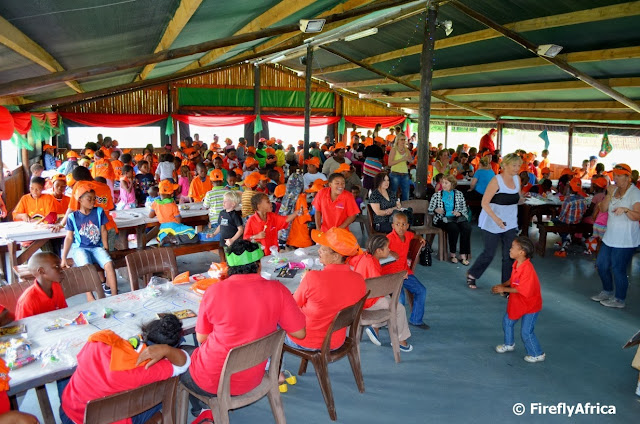 Yesterday (Monday 16 December) the annual Holmeleigh Farmyard Christmas Party for underprivileged kids hosted by Holmeleigh Farm and Nelson Mandela Bay Tourism and supported by Bay FM 107.9, Ocean Rock Entertainment and musician Wayne Kallis (with many more contributions) took place.  And what a party it was.  About 230 kids from 8 different schools, homes and charity organisations arrived to a full on party with everything you can expect from such. EVERYTHING! Did I mention there were 230 odd kids?  Exhausting for both them and us. 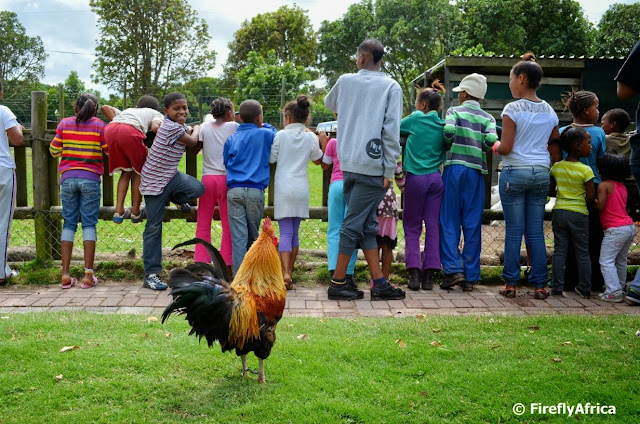 Once the kids arrived they were all taken on a tour of Holmeleigh Farm, learning about the animals and getting the opportunity to feed them.  I'm not sure who's watching whom here. 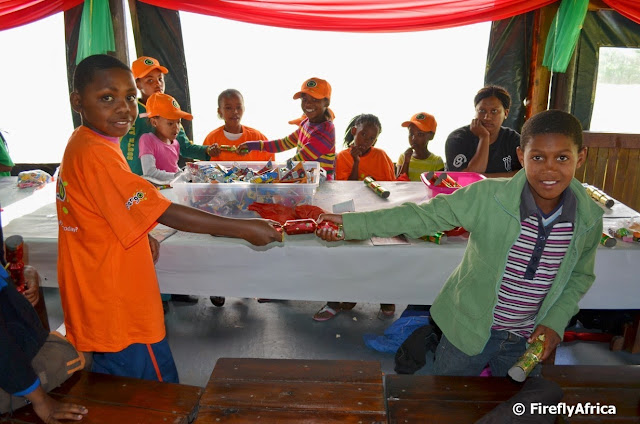 On their return from the tour they got seated and received party packs and cold drinsk while opening the Christmas crackers on the tables. 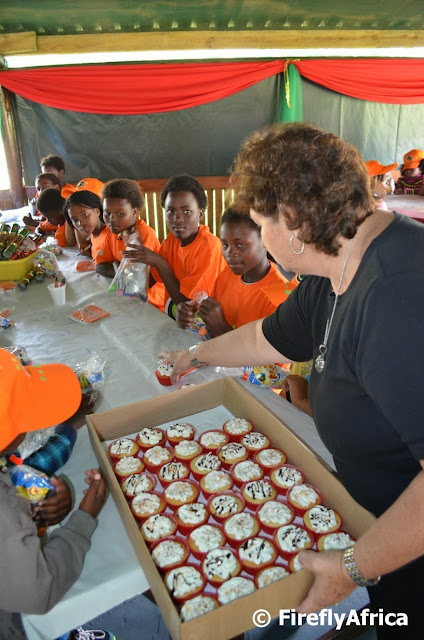 This was followed by boerewors rolls and cupcakes for dessert with PS chocolates just to make sure they were on a sugar high when they left. *evil laugh* 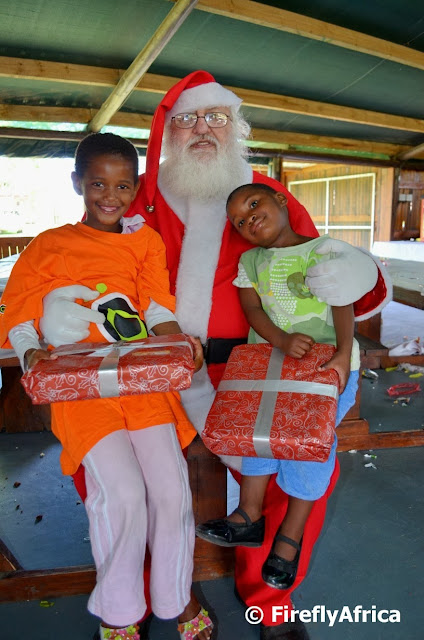 Then Farther Christmas arrived with bags and boxes full of gifts.  Well done to everybody behind the scenes who sorted out all the gifts once the kids had arrived and we knew exactly who was there and who not, who came in who's place and that there were about 25 extra kids. Some people perform miracles on occations. Terry, Maryke and Michele did so yesterday morning. 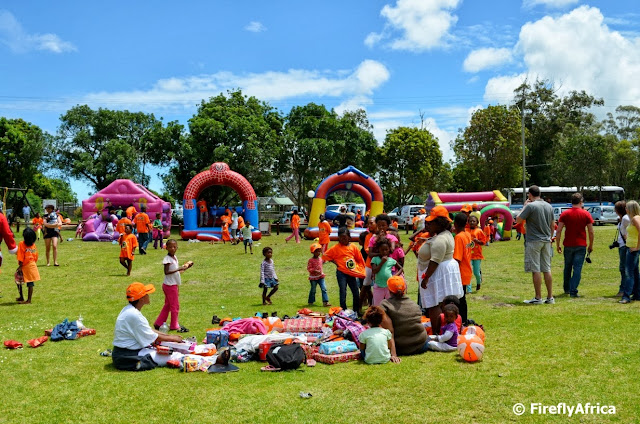 Outside there were 5 jumping castles waiting and soccer balls for all the groups to take back with them.  There may have been a couple of these kids that passed out before the sun even touched the horizon last night. 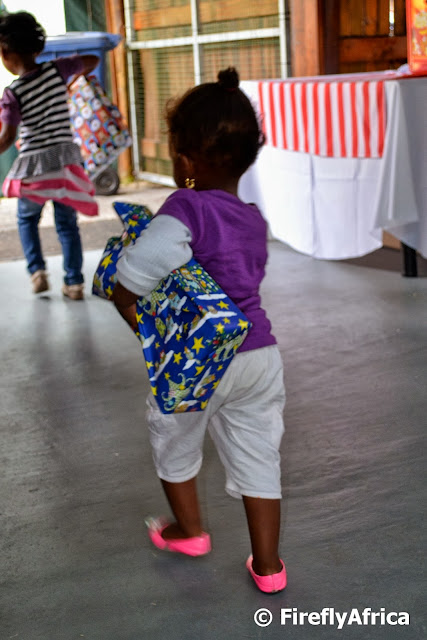 My favorite photo of the day
Posted by Firefly the Travel Guy at 2:38 PM