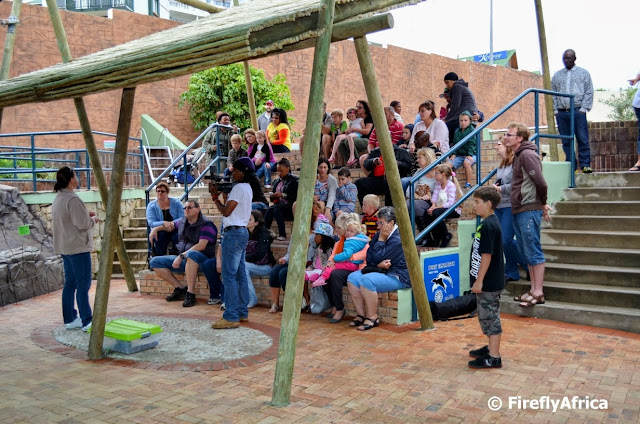 The Port Elizabeth Museum at Bayworld is the third oldest museum in South Africa, while the Snake Park is the oldest of its kind in the world.  When the museum moved to premises in Bird Street in 1919 the complex opened the Snake Park with demonstrations by snake handler, Johannes, being a huge highlight.  He was reputed to have been bitten on average once a year for the 30 years he was on the staff and eventually died.  The Port Elizabeth Museum Complex (known as Bayworld) was opened in 1959 and included a new Snake Park.  The snake demonstrations continued and I remember going there as a child and seeing it.  Sadly that came to an end probably about two decades or so ago. 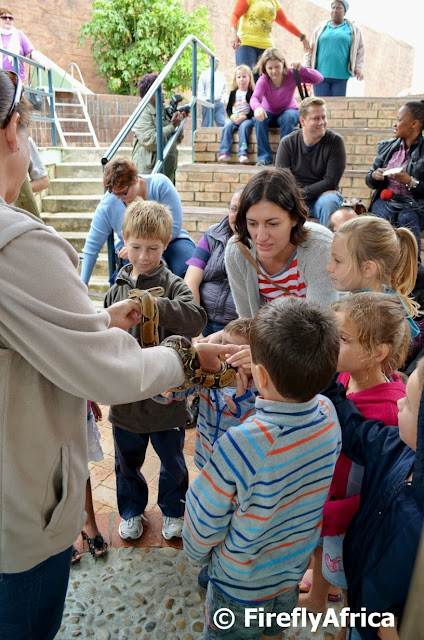 After a recent revamp at Bayworld they started doing a limited snake demonstration daily at noon where visitors are given the opportunity to touch and handle non-venomous snakes.
Posted by Firefly the Travel Guy at 4:08 PM