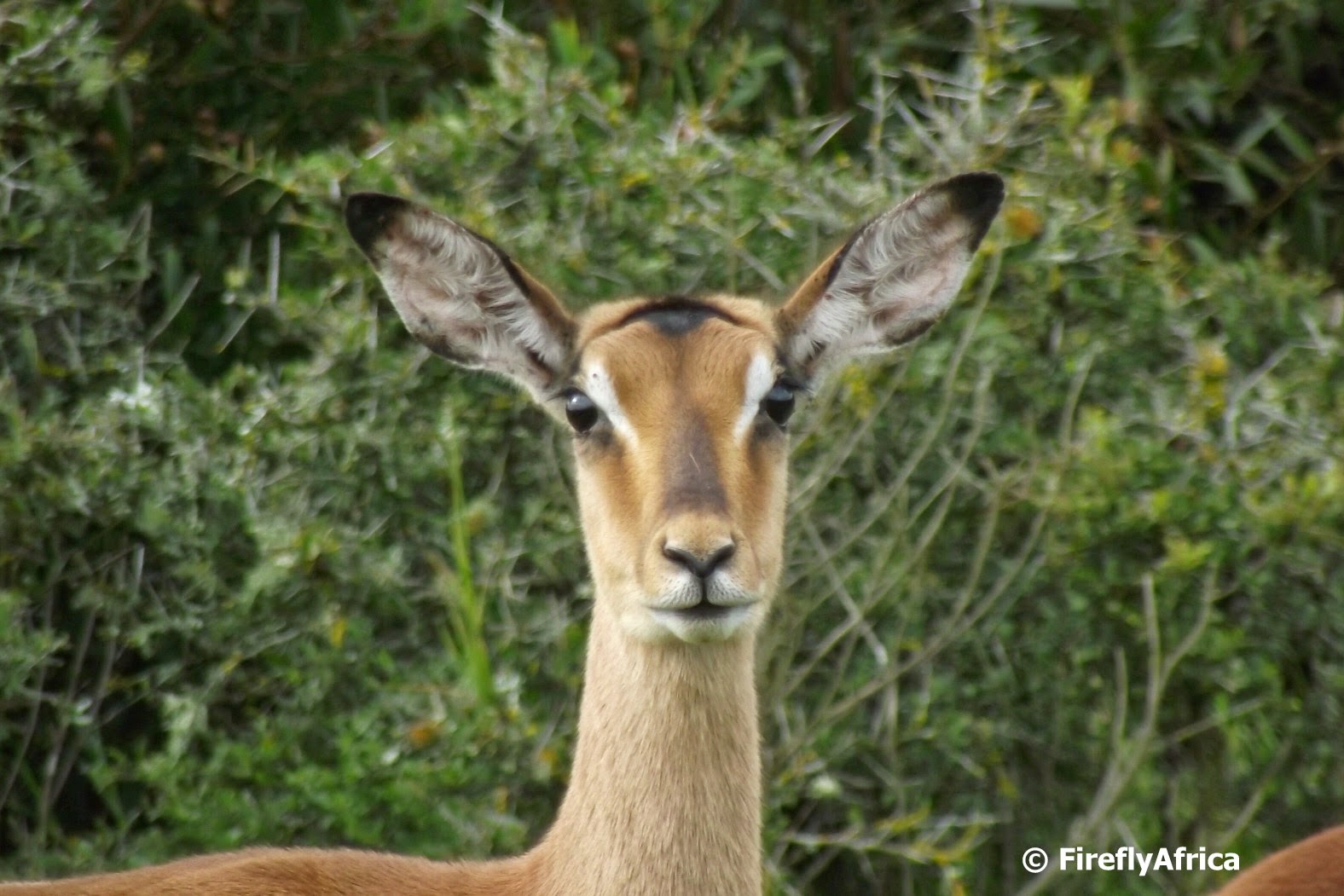 A week or so ago we spent the morning in Kragga Kamma Game Park as a family.  Its been a while since I've visited the park and every time I go I'm amazed at how fortunate we are to have such a great little park so close to the city.  One of the pictures I took on the day was of an female Impala who was part of a breeding herd that was grazing next to the road.  I thought I'll post some info regarding Impala from Wikipedia.

The impala (Aepyceros melampus) is a medium-sized African antelope. It is the type species of the genus Aepyceros and belongs to the family Bovidae. It was first described by German zoologist Martin Hinrich Carl Lichtenstein in 1812. They are typically between 120–160 cm long, males stand up to approximately 75–92 cm at the shoulder and weigh 53–76 kg. They are characterised by a glossy, reddish brown coat with only the males having the characteristic slender, lyre-shaped horns, which can grow to be 45–92 cm long.

The impala inhabits savanna grasslands and woodlands close to water sources. It is a mixed forager and switches between grazing and browsing depending on the season and habitat. Water is an essential requirement. Impala are fast runners and are known for their leaping ability, reaching heights up to 3 m (9.8 ft). They communicate using a variety of unique visual and vocal cues. There are three distinct social groups during the wet season: the female herds, the bachelor herds and the territorial males. The mating season is the three-week long period toward the end of the wet season in May. A single fawn is born after a gestational period of about six to seven months. The fawn remains with its mother for four to six months, after which it joins juvenile groups.

Posted by Firefly the Travel Guy at 9:17 PM