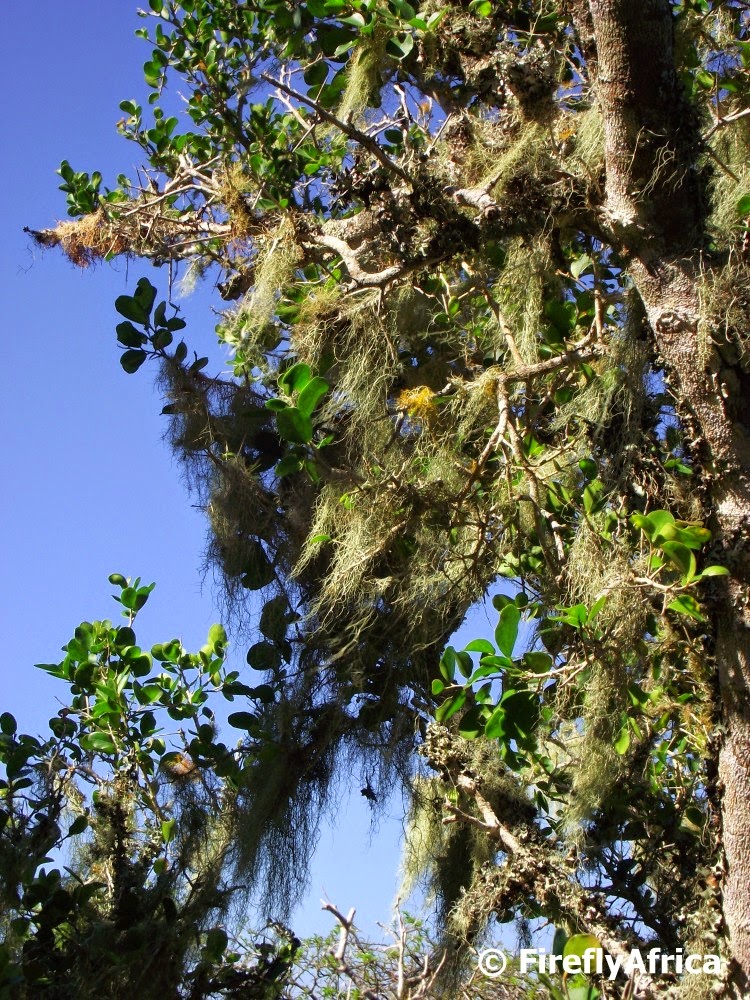 I'm sure most people have seen the lichen generally referred to as Old Man's Beard.  One sees quite a lot of it in the Tsitsikamma forest, but in this case I found it on the Bushbuck Trail in The Island Nature Reserve.  Usnea is the generic and scientific name for several species of fruticose lichen in the family Parmeliaceae, that generally grow hanging from tree branches and resembling grey or greenish hair.  It is often referred to as Old Man's Beard, but also called Beard Lichen, Tree's Dandruff, Woman's Long Hair, or Tree Moss.  Usnea grows all over the world and like other lichens it is a symbiosis of a fungus and an alga.

Like other lichens, Old Man's Beard often grows on sick or dying trees due to the pre-existing loss of canopy leaves, allowing for greater photosynthesis by the lichen's algae.  It is very sensitive to air pollution, especially sulfur dioxide so if you see it you know that the air is clean and pure.  Where the air is unpolluted, they can grow to 10–20 cm long.