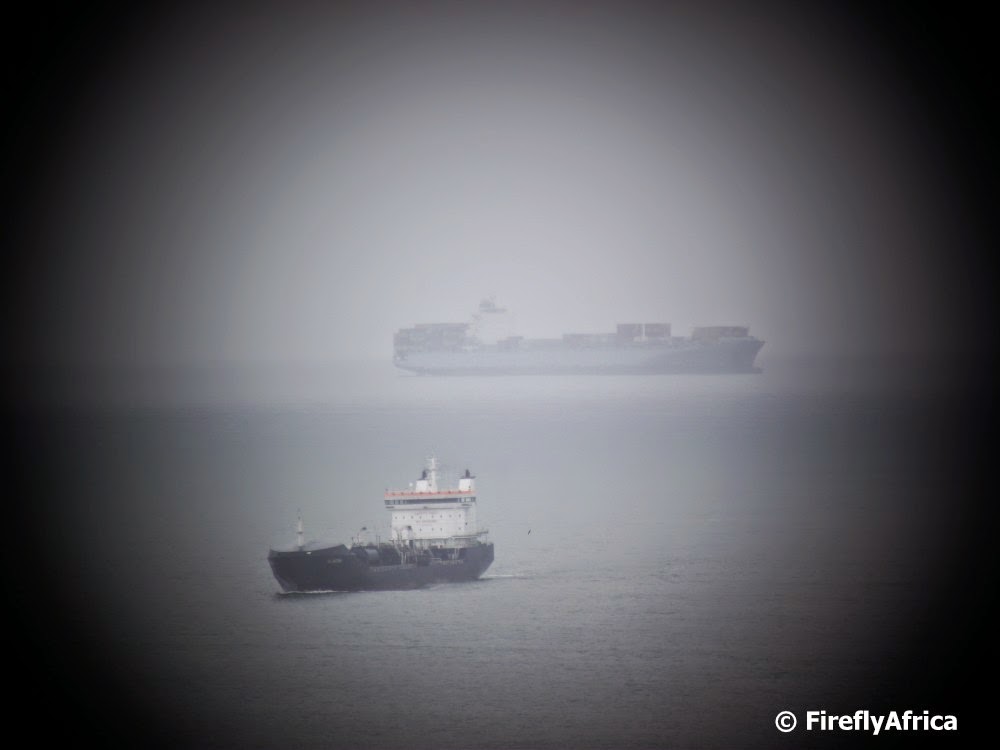 Port Elizabeth is the only city in South Africa with two commercial harbours that can accommodate big ships.  The Port Elizabeth Harbour has been around since the 1930's while the Coega deep water harbour has been in operation for about a decade now.  Although the two isn't as busy as Durban Harbour which is the busiest in Africa and the 10th busiest in the world (or something like that), we have a fair amount of ship traffic in the bay.  This shot was taken from the top of the Donkin Lighthouse showing a ship sailing towards the PE Harbour.