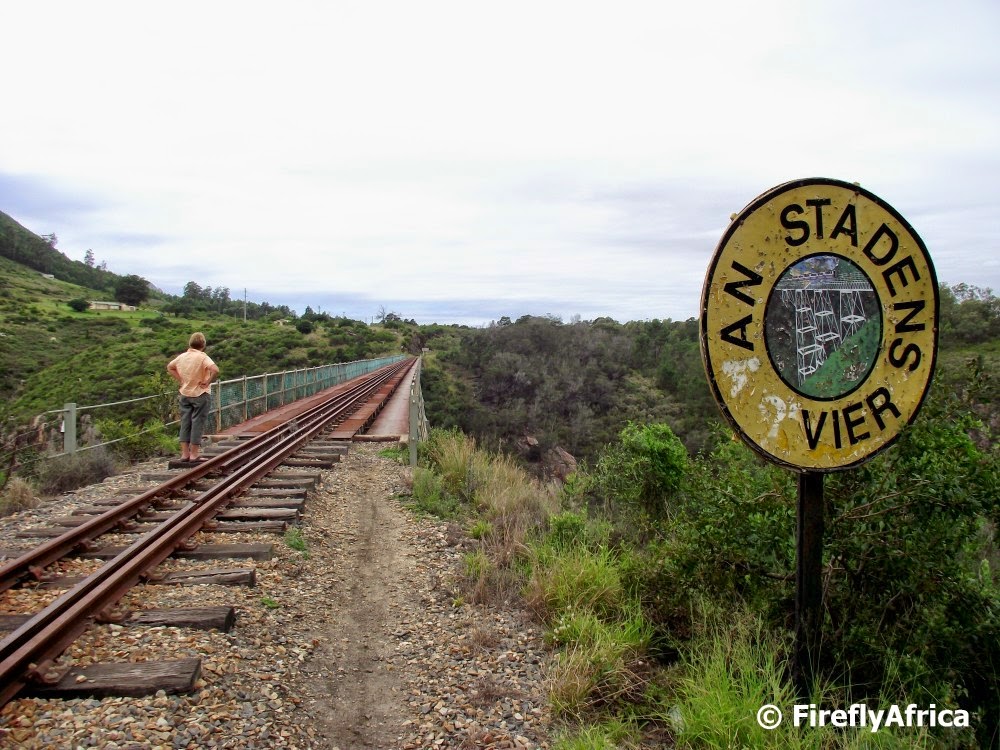 The Port Elizabeth to Avontuur narrow gauge railway line was authorised in 1899 and construction commenced in 1902, reaching the town of Avontuur in the Langkloof late in 1906.  The line was built to connect the scenic Langkloof with its fruit growing industry to the port of Port Elizabeth.  The official opening of the line was in 1907, with a main line track length of 284km (177 miles) from Port Elizabeth to Avontuur.  The 30km branch line from Gamtoos Junction to Patensie was completed in 1914 to serve this citrus producing area.  The establishment of the deciduous fruit industry in the Langkloof, and the use of the narrow gauge to transport fruit to the cooling sheds in the Port Elizabeth harbour for export, led to the popular name of the Apple Express.  It was also the name of the little tourist train that we so badly would like to have back running again.  The Van Staden’s railway bridge is the second highest railway bridge in South Africa, and the highest narrow gauge bridge in the world.  Construction on the bridge was completed in 1905 with it being 156m long, 77m high and containing 1 112 cubic metres of concrete and 574 tons of steel.
Posted by Unknown at 7:59 PM