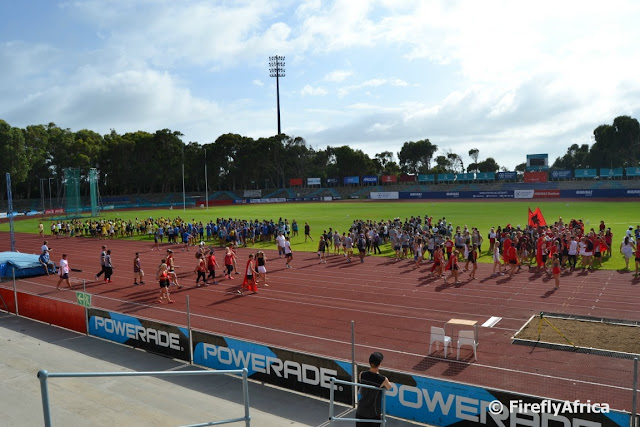 It is summer and schools have started so it means that it is athletics time.  Over the last week and a half I attended both KidZ' inter house athletics meets.  First it was Chaos Boy who is in DF Malherbe High School and had their inter house day at the NMMU track. 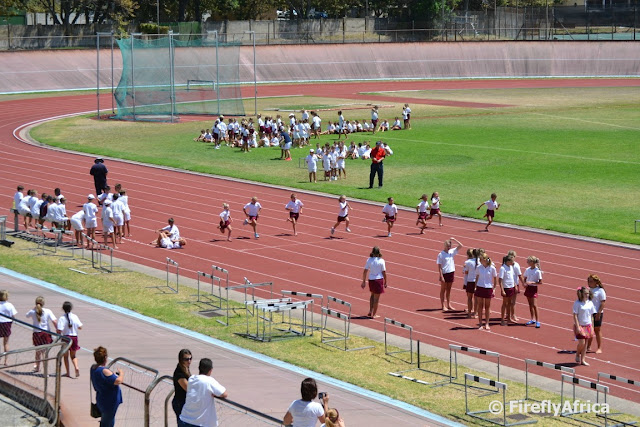 A week later Drama Princess, who is at Newton Park Primary School, had theirs at the Oval in Richmond Hill.  A day like this brings back lots of memories as I loved doing athletics as well.  The smell of the tartan track, the noise (I'm probably getting old) of the different houses trying to outdo each other on the stands, the sound of the starter's gun, the bell for the last lap, the cheering when the athletes come down the final stretch, plasters being wrapped around feet, the smell of Deep Heat.  Ahhh, the good old days of being young and fit. 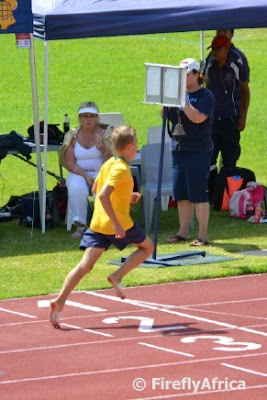 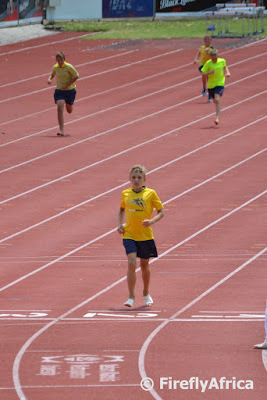 He ran a close second in the 1500m and another surprising performance with a second in the 400m which was the last event for the day for him.  By then his tank was truly empty and I think that may just be his number if he gets to train a little and do it on a full tank. ﻿ 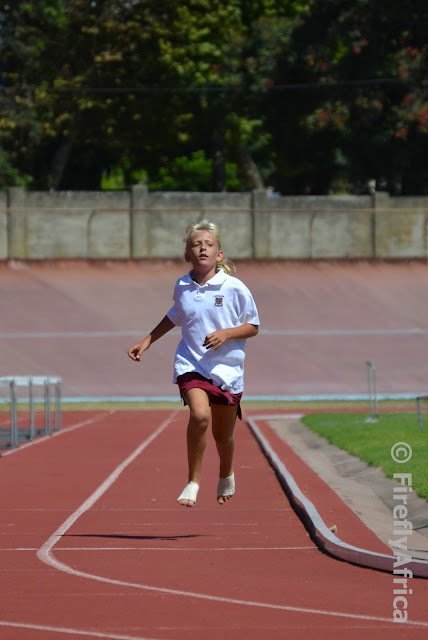 Drama Princess, as some of you may know, is the sporty one in the family and if she had to be a Spice Girl she would have been Sporty Spice.  She's not much of a sprinter, like her dad, but won the 1200m by about 150 meters over the second place.﻿ 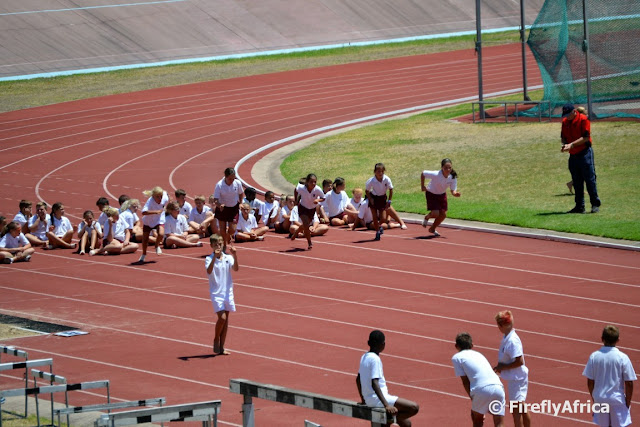 She may not be a sprinter but it didn't stop her from participation in the two short sprints (as she's still u/11) and hurdles.  Jip, she's the blondie in the left hand lane.
Posted by Unknown at 2:20 PM