Then and Now: The Humewood Slipway

Last week I did a post Then and Now : Humewood Beach showing a couple of historic photos of Humewood beach along with a modern one.  I purposely didn't post the two historic photos of the Humewood Slipway below as they were taken from a different direction and I decided to make a separate post for them. 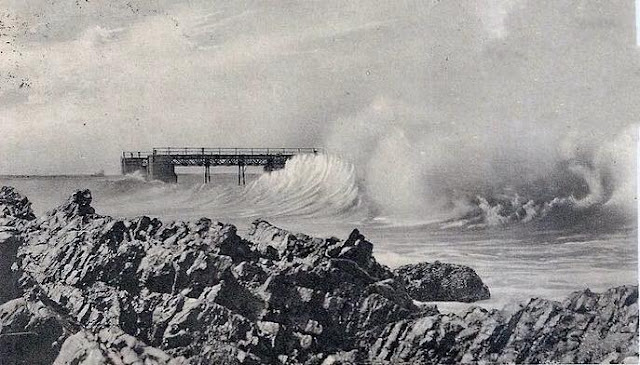 The pillars and old slipway you can still see at Humewood Beach was built long before Port Elizabeth had a harbour.  Construction on the Harbour Board Slipway started in 1899 and it was opened in 1903.  Ships would sail between the six pillars to be steadied before a cradle was lowered underneath the ship and the ship then pulled onto the slipway by steam-driven hauling gear for repairs.  The slipway was used until 1939. 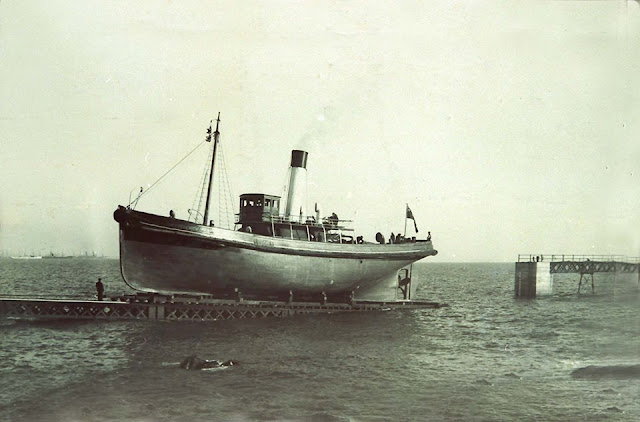 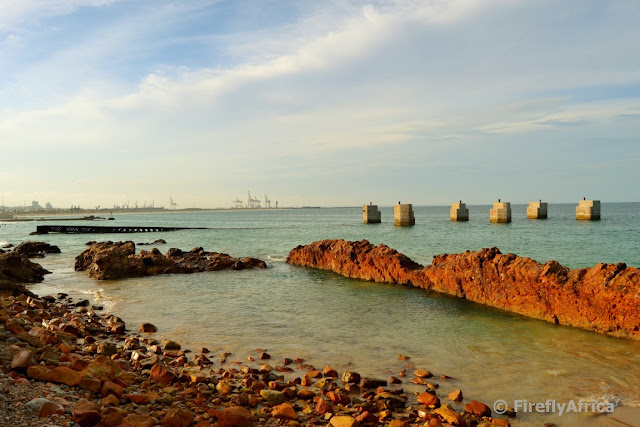 The Humewood slipway and pillars as it stands today.  A famous Port Elizabeth beachfront landmark although most people don't know what it used to be.
Posted by Unknown at 12:35 PM