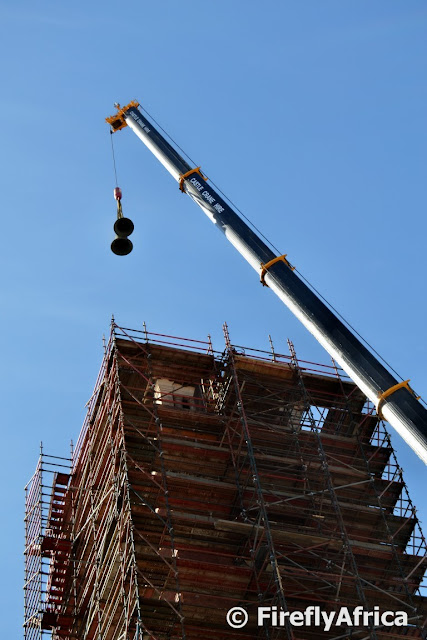 The Campanile was opened in 1923 with the bells installed in 1936.  Although the bells have received renovations while in position, the tower has only had cosmetic work done over the years.  Recently an inspection of the Campanile showed that the structure holding the bells was in a bad state and in need of urgent repairs.  It meant that the bells has to be taken out to replace the structure in the tower's top.

While admiring and taking photos of the bells that has been taken down already, I asked the foreman how many bells still had to come down.  There was still five bells in place and two was about to be lowered.  So rather than rush back to the office I hung around a little longer to see how it is done.  The bells were hooked to the crane and lowered down into the hands of the waiting workers who carefully placed them on the beams to keep them off the ground. 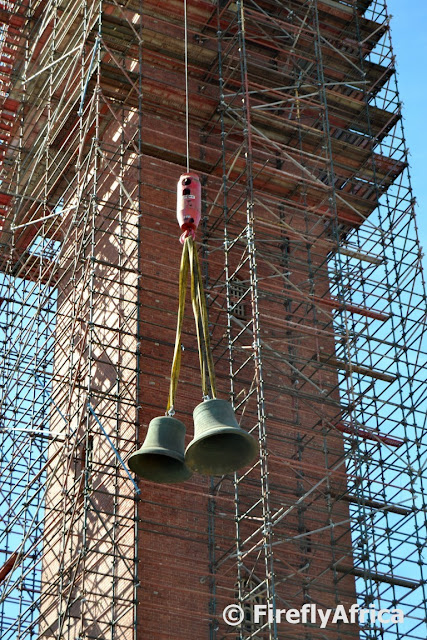 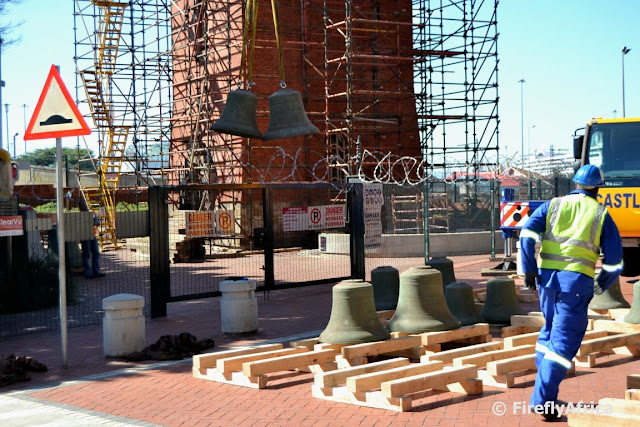 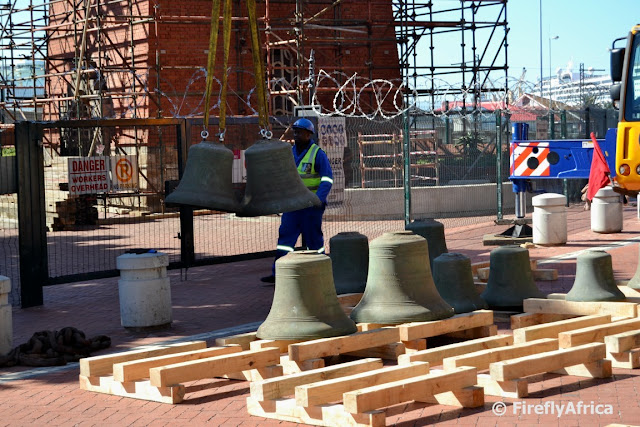 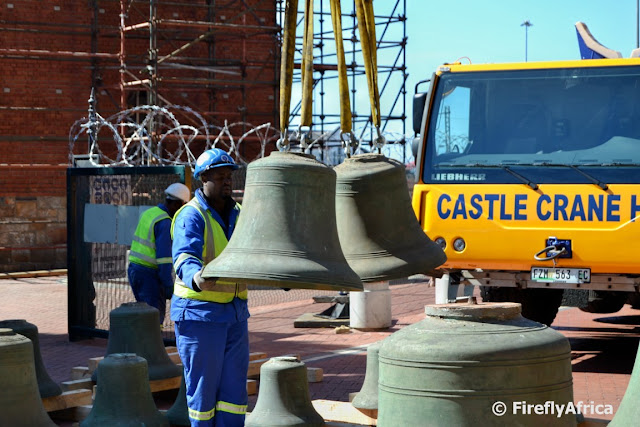 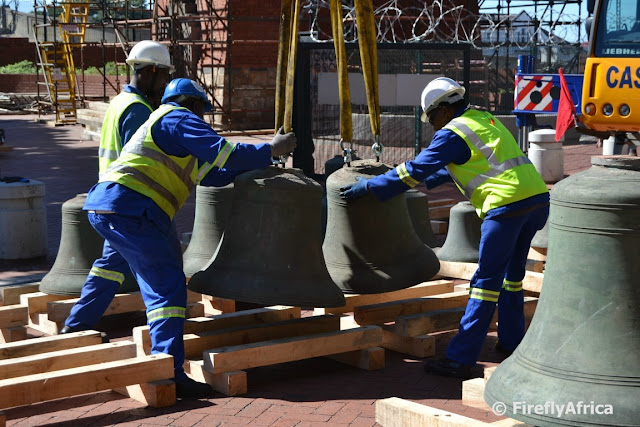 Posted by Firefly the Travel Guy at 8:00 PM