Then and Now - The Campanile bells 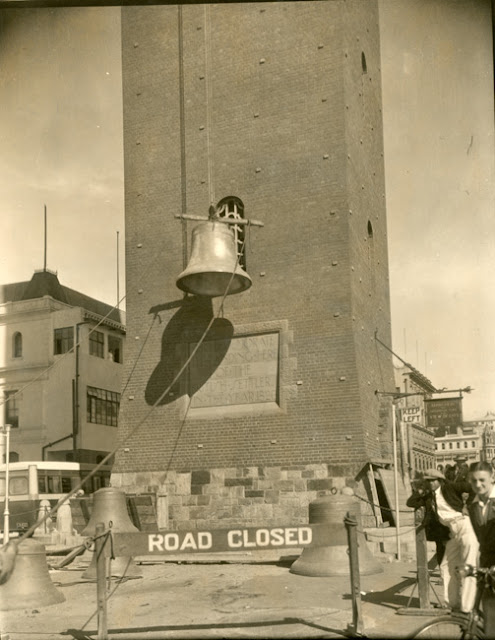 The Campanile, wedged between the Port Elizabeth Railway Station, the PE Harbour and the Settlers Freeway, was built to celebrate the centenary of the landing of the British Settlers in 1820.  The tower was built on the landing beach where the Settlers came ashore with the foundation stone being laid in 1921.  It was officially opened in 1923, the clock was installed in 1925 (started at noon on 28 April of that year) and the bells hung in 1936.  The Then photo shows one of the carillon of 23 bells being hoisted up. 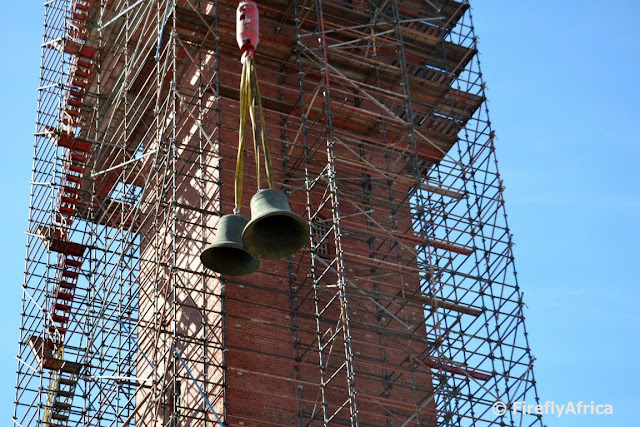 Now, 80 years later, the bells were removed from the Campanile for the first time to allow for restoration to the tower as well as the bells.  I was there when two of the bells got lowered and had the privilege to take photos of it happening.
Posted by Firefly the Travel Guy at 8:16 PM