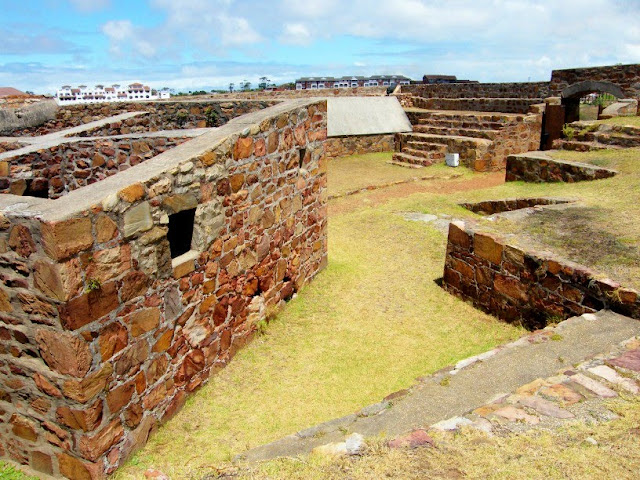 Fort Frederick sits above the Baakens Valley overlooking the Port Elizabeth Harbour and was built in 1799 by the British Forces to defend the mouth of the Baakens River to prevent a possible landing of French troops to assist the Graaff-Reinet rebels.  The fort was named after Frederick, Duke of York who was the Colonial Secretary at the time.  Ironically the fort never fired a shot in anger although it was defended by eight 12-powder guns.
Posted by Unknown at 11:30 PM