The beacon at Cape Recife 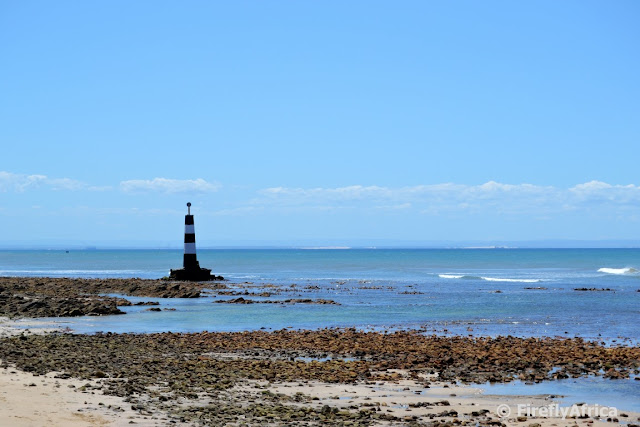 Just inside the bay near the Cape Recife Lighthouse stands a beacon similar to the lolipop beacon at the intersection of Marine Drive and Admiralty Way.  The two beacons date back to before modern navigational technology came into use and showed the way for ships sailing into Algoa Bay.  Ships sailing along the coast from the west had to line up the two beacons before they could turn into the bay.  This ensured that they were well clear of Thunderbolt Reef at the point as well as the reefs inside the bay itself.
Posted by Firefly the Travel Guy at 10:30 PM