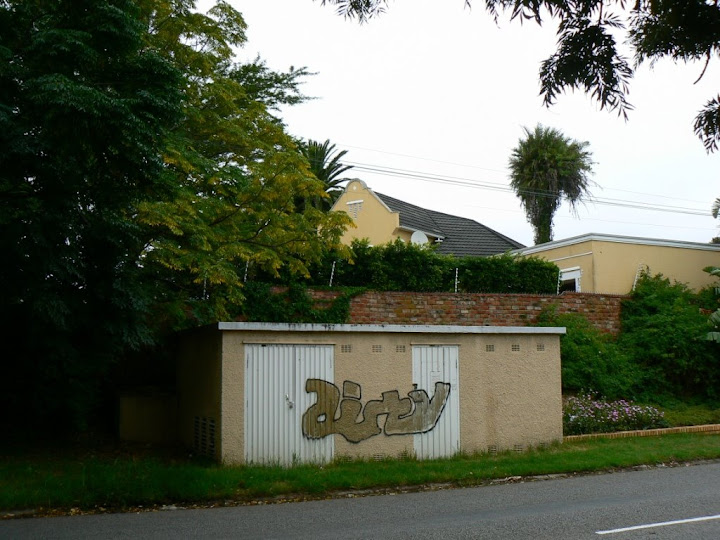 There are old electrical substations like this scattered all over the city. We originally photographed this for the 'mural' monthly theme, but ended up using something different. The building may be dirty, but it is also in danger! The oil-based curcuit breakers are not designed to be switched on and off regularly. Each area in the city has a daily 2 hour power outage that is part of the load shedding schedule imposed on us due to the complete ineptitude of our National Power Supply company, ESKOM. (Eskom or its alternative version Eishkom, is becoming a swear word in SA!) So on Friday, after the daily outage in Walmer the power went back on, and a few minutes later the entire substation blew up! Thankfully the municipal employee had just left the building, but had to be treated for shock. The building is in ruins and a large part of town is now having a blackout until it can be rebuilt and power restored. The nearby Pick 'n Pay, a major supermarket, had to remove all refrigerated goods into hired refrigerated trucks, and run them all night. The store manager we spoke to said the cost in diesel alone was frightening! When we were there yesterday, they had just received a giant generator that had been trucked up urgently from Cape Town, and were repacking the fridges. But smaller businesses throughout the area were not so lucky, and had to remain closed.
Posted by sam at 7:47 AM