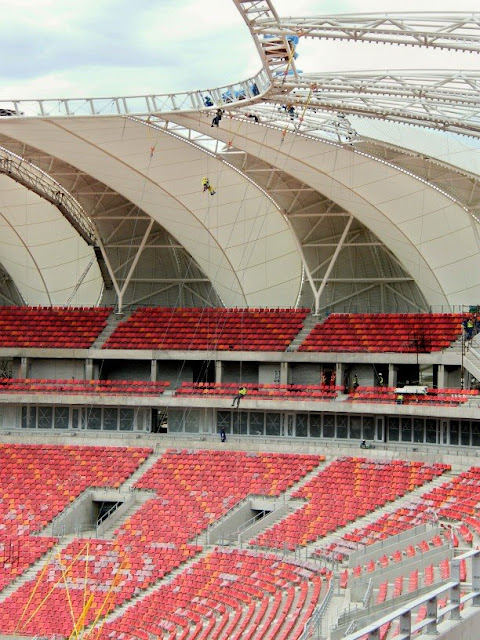 Port Elizabeth is one of the host cities for the FIFA 2010 Soccer World Cup to take place in South Africa. The new muti purpose 46 500 seater Nelson Mandela Bay Stadium is now nearing completion and its become more and more clear that it will be something the city is going to be very proud of. Here the workers putting on the cladding on the roof is busy absailing down as the wind was reaching the maximum speed that is safe for them to be up there. The first big game to be played at the stadium will take place on 16 June and will ironically be a rugby game and not a soccer game. It will take place between the touring British and Irish Lions and a Eastern Cape Coastal Invitation Team.
For more great Skywatch pictures by some of the best blogging photographers in the world can be found here.
Posted by Firefly the Travel Guy at 8:42 PM