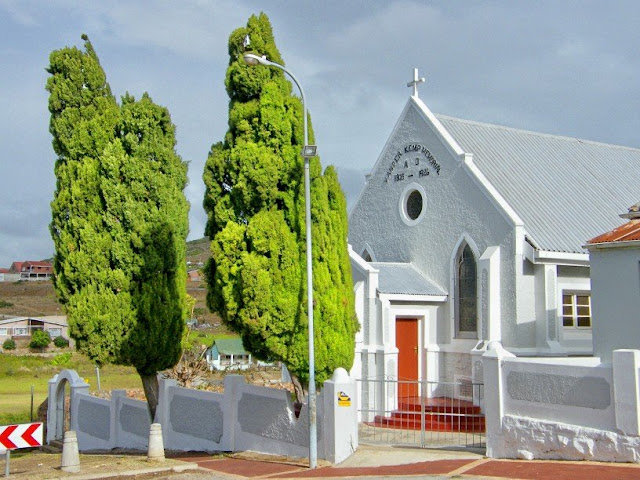 Bethelsdorp Village was established in 1803 by Dr Johannes Theodorus Van Der Kemp, a missionary working among the Khoikhoi. Many of the old buildings in Bethelsdorp Village are protected by the National Monuments Act. The Van Der Kemps Memorial Church in the village was first built in 1803 and is generally regarded as the first Congregational church in southern Africa. It was destroyed by fire in 1890, rebuilt in 1903 and again in 1926 and extended in 1985. Behind the church is the so-called Livingston Cottage, used by visitors to the village. According to the legend, Dr David Livingstone also stayed there. In front of the church is the Market Square with the Mission Bell, erected in 1815 and in the street next to it visitors will see the Almshouse built in 1822 to accommodate the destitute.

Posted by Firefly the Travel Guy at 3:08 PM