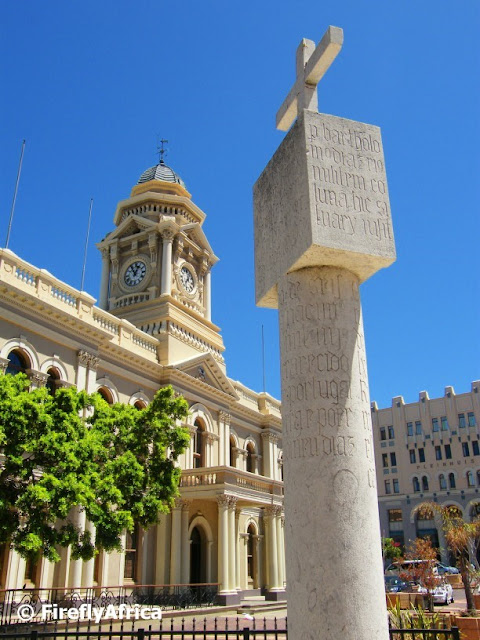 Standing next to the City Hall on Port Elizabeth's Market Square is a replica of the crosses that Bartholomew Dias planted along the coastline on his epic journey in 1488. Dias was the first European to discover the southern point of Africa. He rounded the Cape in a storm and first landed in Mossel Bay, putting up a cross there. His next stop was Algoa Bay where he erected a cross on St Croix Island. From here he sailed as far as Kwaaihoek (see here) near Kenton-on-Sea where he planted another cross before turning back to Portugal. The cross replica at the City Hall was given to the city by the Portuguese government and the stone was actually quarried in the same area where the stone for the original crosses came from.