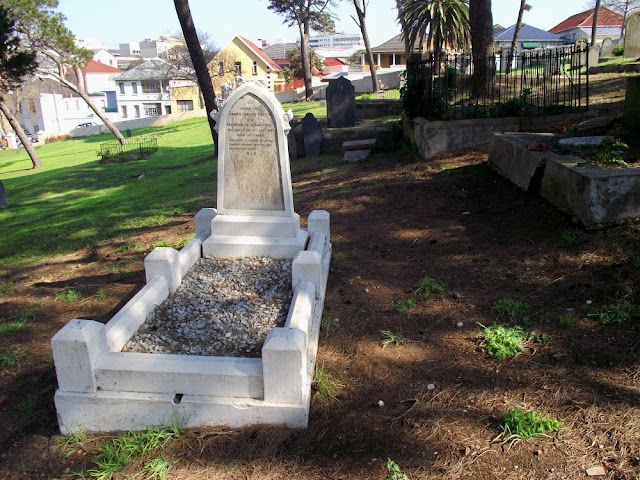 Driving down Russell Road towards town, the Russell Road Cemetery is situated on the left hand side. On the hillside in amongst what is left of the grave sites there is one that stands out clearly because of the fact that it is painted white. The grave belongs to James Langley Dalton. Dalton was a survivor of the Battle of Rorkes Drift and the recipient of a Victoria Cross. 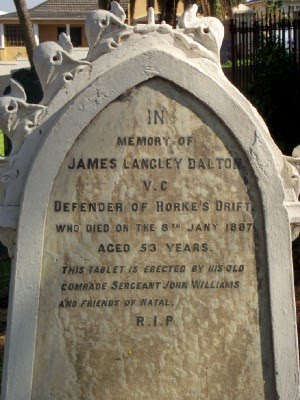 The battle at Rorke's Drift took place from 22 to 23 January 1879. 139 British soldiers defended a supply station against about 4 500 Zulu warriors with about 500 Zulus dying in the battle and only 17 of the defenders being killed. The remarkable fact about Rorkes Drift was that 11 Victoria Crosses were awarded after the battle – the highest number ever awarded to a regiment for one action.
If you are interested in more information on Rorkes Drift or James Dalton, visit rorkesdriftvc.com.
Posted by Firefly the Travel Guy at 3:00 PM