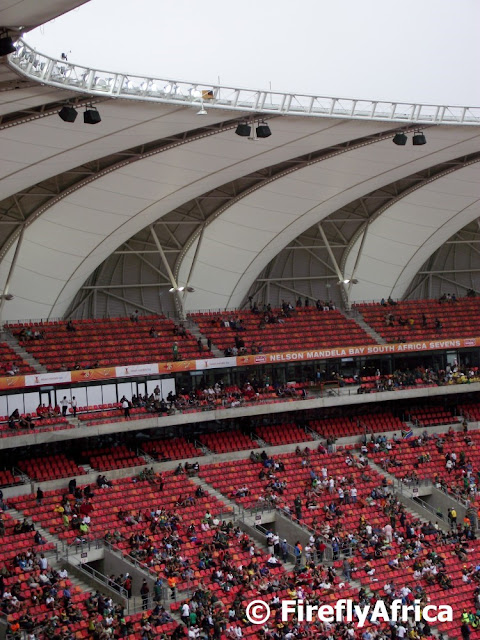 Did you know that the Nelson Mandela Bay Stadium in Port Elizabeth  is the only poison free stadium in the world?  From the outset the stadium has worked hand in hand with the Urban Raptor Project to fight the potential problems of feral pigeons, crows, rats and insects in a natural way.  Trained falcons have been brought in from time to time to chase and hunt the pigeons that try to move into the stadium.  A while ago I attended a rugby tournament at the stadium when one of my friends pointed out the raptor nest box on top of the stadium roof.  The boxes were put up to attract rock kestrels with the hope that they would move in and also keep the potential pigeon and rodent problems under control. 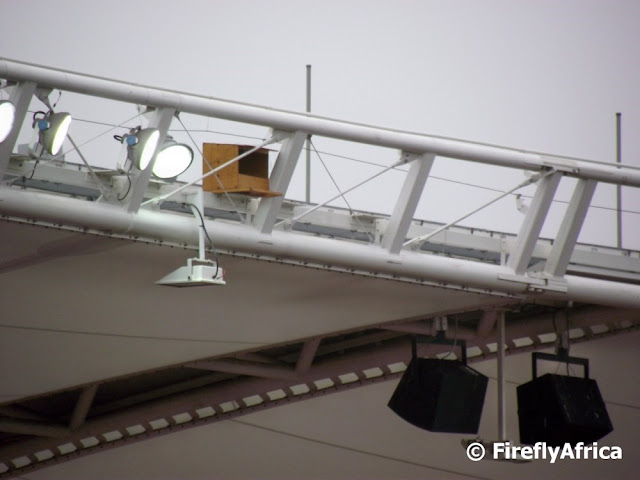 Looking up at the box I noticed a kestrel come out of it and fly off, later circling above the stadium just to return to the box. What an awesome and innovative way to fight pests without poison.  I read on the Stadium's website that they also had plans to introduce a pair of captive bred Spotted Eagle owls into the gardens around the stadium.  I'm not sure if that has happened but I really commend them for the fantastic initiative.
Posted by Unknown at 2:30 PM