193 years of being called PE 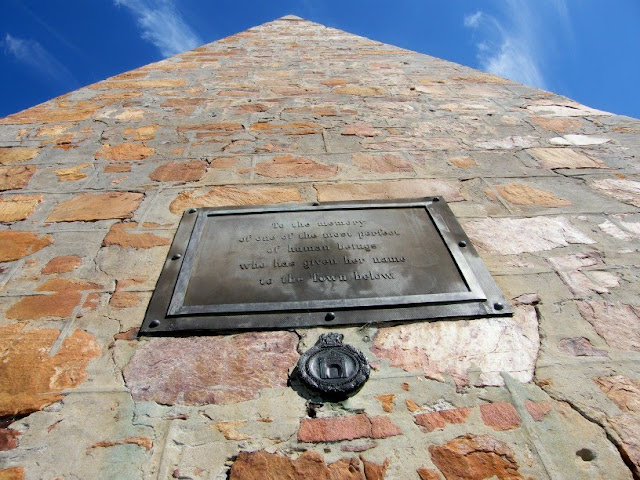 If you could go back 193 years in time to this day in 1820, you would see the arrival of Sir Rufane Donkin, Acting Governor of the Cape Colony, in Algoa Bay to oversee the arrival and settling of the British Settlers.  You would also see him look around at the beautiful bay with the small settlement on the coastline and name the town in honour of his late wife, Lady Elizabeth, who died not long before of fever in India.  He also proclaimed the present day Donkin Reserve an open space and commissioned the construction of an pyramid as a monument to his wife.  On the pyramid is an plaque with the following:
To the memory
of one of the most perfect
of human beings
who has given her name
to the Town below
Posted by Firefly the Travel Guy at 2:30 PM