A bit of history of South End 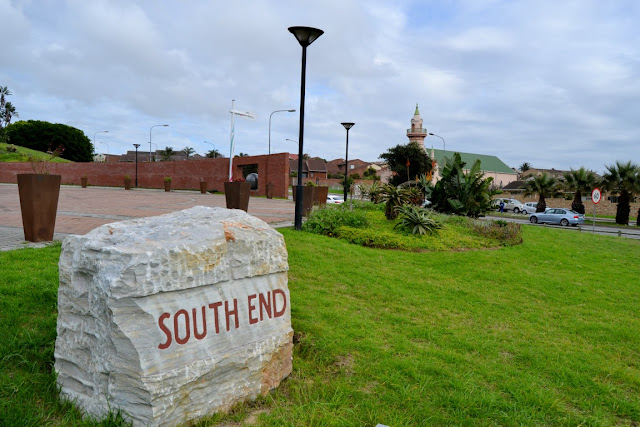 Most people know South End as the area in Port Elizabeth just above the harbour where the main fire station, Humewood Police Station, South End Cemetery and lots of townhouses is.  A lot of younger residence of Port Elizabeth probably don't know the history of the area.

South End used to be a very cosmopolitan community.  People lived happily together in cultural diversity with blacks, whites, coloureds, Indians, Chinese, Jews, Greeks and many others united in their attitude towards family values, faith and morals, despite a diversity of religion, language and race

All of this was crushed when the National Party was elected to power in 1948.  This was the start of the implementation of a set of laws that led to what we know as Apartheid.  One of these laws was the Group Areas Act which required that all non-whites be removed from what was identified as “white only” suburbs.  These removal was carried out by force.  The coloured residents were moved to areas such as Gelvandale, Korsten, and Chetty, the Chinese people to Kabega Park, Indians to Malabar and black people to townships such as New Brighton.  This meant that people had to travel long distances to get to work, school and even church and hospitals.  The buildings that these people lived and worked in were destroyed through the bank with only a few left behind.  Somewhere in the early 80's if I remember correct, they started building townhouses and that is what most of South End is made up of these days.

Posted by Firefly the Travel Guy at 3:29 PM