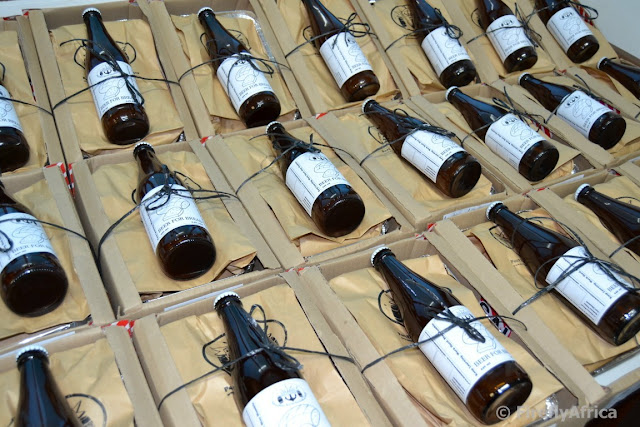 Dockside Brewery in the Baakens Valley doesn't just brew craft beer for the drinking market.  They also brew a craft beer specially to bake beer bread with.  Their very first beer wasn't the best drinking beer but they quickly found out that it was perfect for baking beer bread so they continued making it.  As they put it, All of the flavour has been imparted into the beer leaving the dry ingredients very basic, resulting in an original unmistakable extraordinary loaf of beer bread.   In their shop they sell beer bread kits with a bottle of beer, all the dry ingredients and a tin foil pan to bake the bread in. 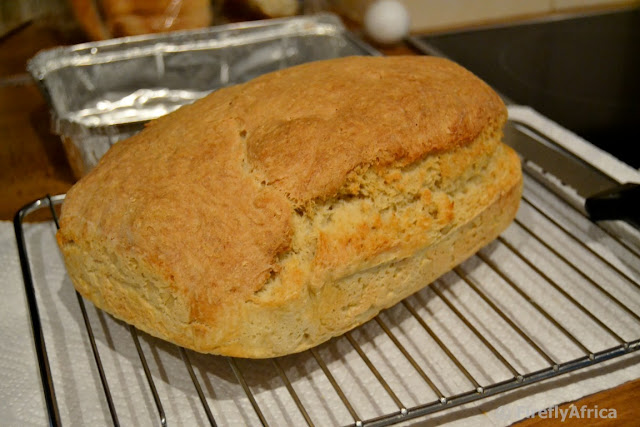 We enjoy beer bread so I decided to get a kit to try it out.  We followed the included recipe and instructions carefully and this was the result.  A yummy flavorsome beer bread. Yummy!
Posted by Firefly the Travel Guy at 2:30 PM