Across the road from the Feather Market Hall, between the City Hall and the Old Post Office in Port Elizabeth is an amazing statue dedicated to the seafarers who searched for Prester John between 1145 and 1645. 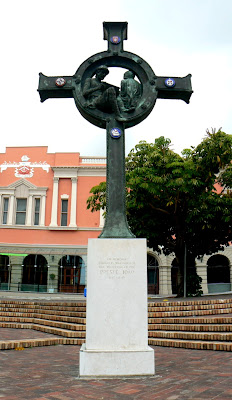 In 1165 a letter supposedly written by Prester John, describing his country as a land of natural riches, marvels, peace and justice was given to the Byzantine emperor and to the Holy Roman emperor Frederick Barbarossa. It told of a magical kingdom in the East that was in danger of being overrun by infidels and barbarians.

Thus began the quest for the wealth of Prester John. 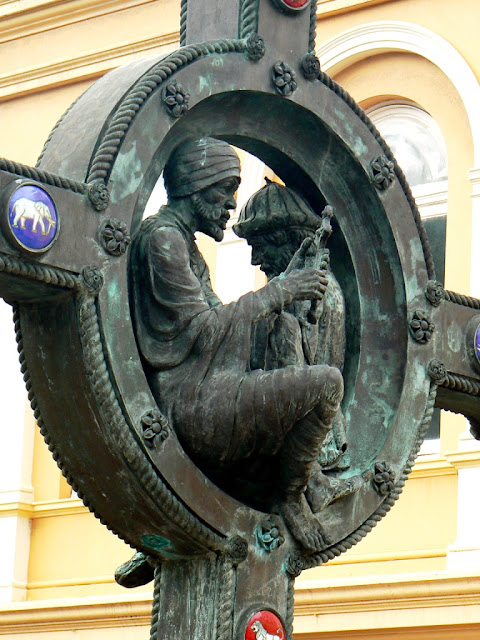 It was his reputation that helped drive explorers to find the sea route to India. King John II of Portugal specifically instructed the expeditions of his time to discover this fabulous kingdom. The legend endured until the 18th century and died after the Scottish explorer James Bruce had travelled through Ethiopia.
The legend of Prester John profoundly affected the geographical knowledge of Europe by stimulating interest in foreign lands and sparking expeditions outside of Europe, which is what this statue is all about.
Posted by sam at 5:54 AM