We'll come back to 7 Castle Hill, but today we wanted to share pictures of another very old house in Central which has been maintained in its original state. 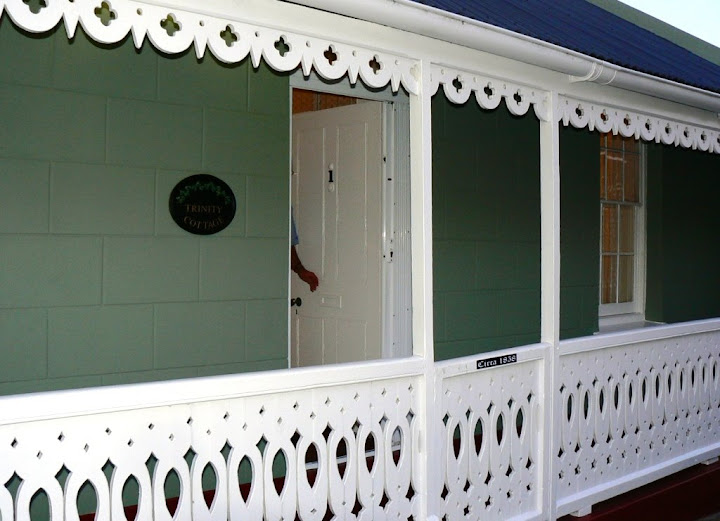 This is Trinity House, and it is about 30 years newer than 7 Castle Hill, having been built around 1858. It was recently bought by Amanda and Karl Wellmann, who have done a wonderful job of lovingly restoring it, and turning it into a guesthouse. 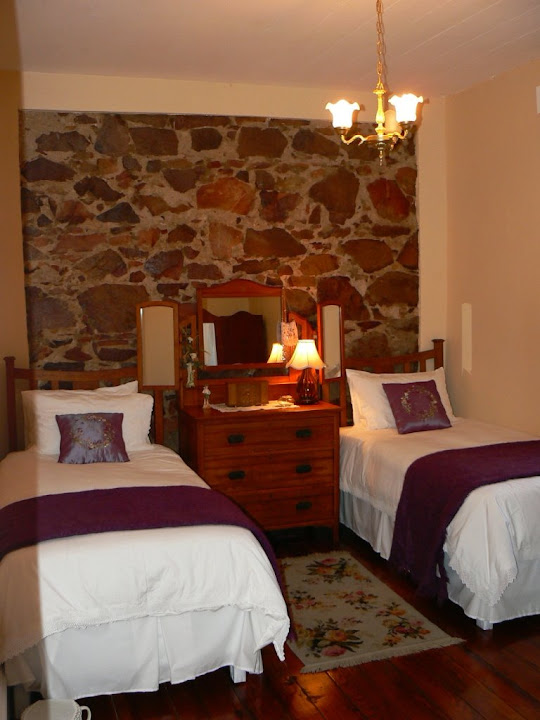 Here you can see one of the bedrooms, furnished to suit the old house, complete with chamber pot covered with lace cloth at the foot of one bed! The plaster on the end wall was removed to expose the original thick stone structure of the cottage walls.

What makes it interesting is that it has remained in the same family for 3 generations, until it was reluctantly sold by Miss Billson, who was no longer able to cope with its upkeep. The house was bought by her grandfather, and she was born there early in the last Century. She was the guest of honour last night for the opening of the guesthouse, and graciously allowed me to take her photo in one of the newly renovated bedrooms. 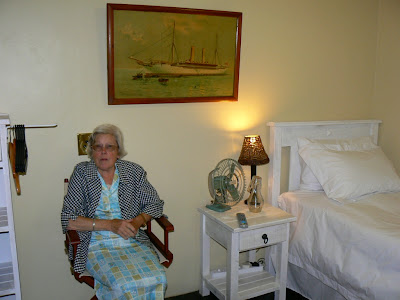 Naturally it was an emotional evening for her as she relived so many memories of her life in this home, but the warmth and care of the new owners is some comfort, at least it is going to be treated with the respect it deserves.