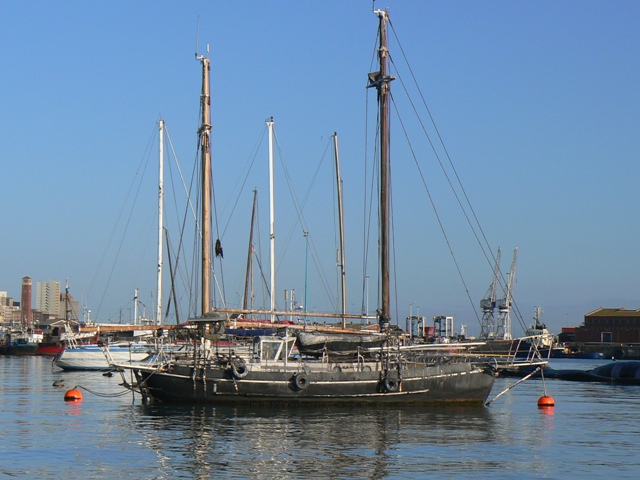 This yacht was abandoned by its owners some years ago, as they decided they were not cut out for the sea, after an arduous journey from Europe. Shortly after arriving in Port Elizabeth they jumped ship and flew back to home. It has been left to "rot" in the harbour and has become a nesting place for seagulls - apparently it will take a lot of work and a miracle to get it habitable again. Local fishermen affectionately refer to it as the "pirate ship".

To the left of the yacht you can see the red brick structure of the Campanile, which was built as a monument to the 1820 Settlers
Posted by sam at 11:22 PM