We have whinged in the past about the ridiculous situation in which one of the city's major tourist attractions is almost impossible to see because it remains locked most of the time. Those tasked with opening it somehow never get round to doing so, and complaints to the powers that be elicit a nonchalant "we'll look into it" response. However, on Friday we decided to try again and EUREKA it was open. So here is a view from inside Fort Frederick, overlooking the harbour. 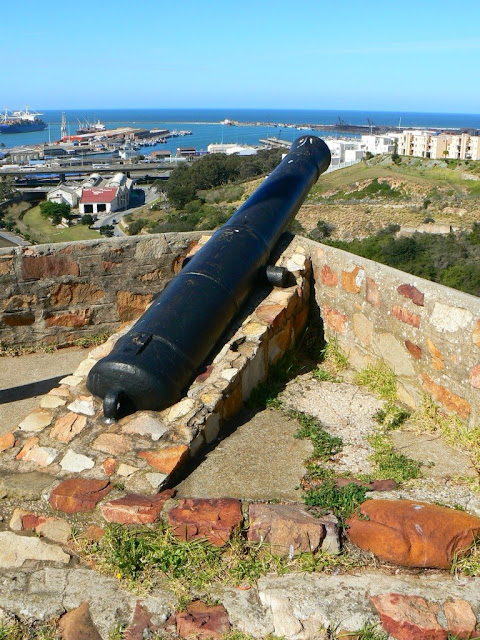 "1800 Major General Francis Dundas, Commander of the troops at the Cape, reported that peace had been restored {after a spat with the French} and that he was establishing a permanent military post here. The anchorage is good, there was water, and there is shelter from the prevailing westerlies, though not from the south-easters. The stone fort which Dundas had built and which was completed in February, was named Fort Frederick, after Frederick Duke of York, Commander-in-chief of the British Army. It was built overlooking the landing place and was armed with 2 8 pounders.