The first team was the golden eagles, of the Police special task force. They jumped from a Spanish Casa, landing with pinpoint accuracy, right in front of the crowd. 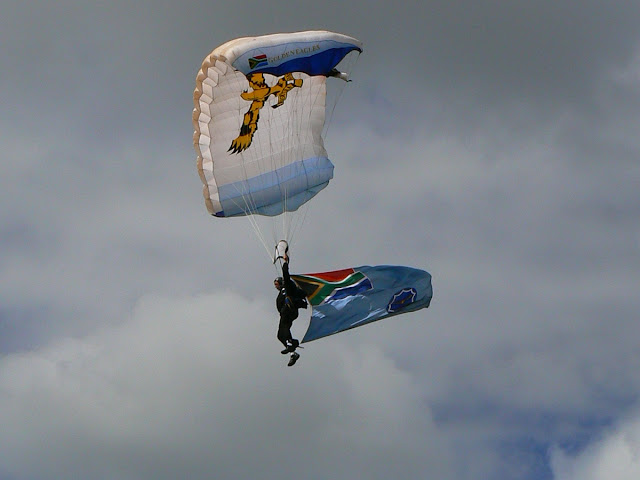 Later another team from EP Skydivers in Grahamstown jumped, and amongst their group was a tandem jump, with Crystal Watson. She is an amazing lady, director of the MTR Smit Childrens Haven, who care for mentally disabled children who have been removed from parental care. She organises these airshows to raise funds for the haven, and it is a HUGE task. 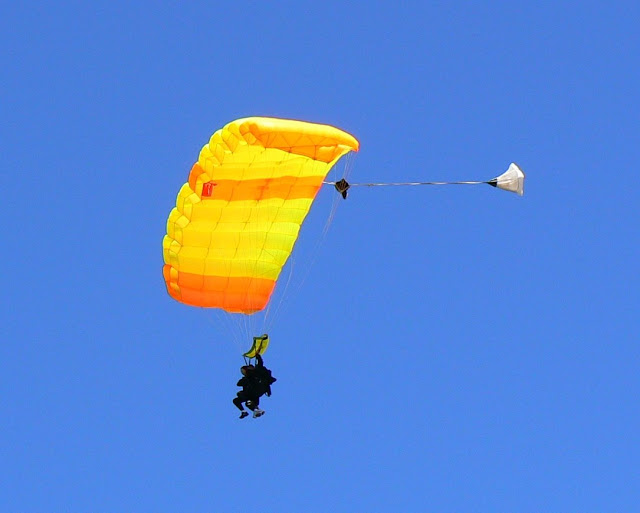 By the afternoon, more jumps were scheduled, but the wind had strengthened to the point where it was too dangerous. The commentator joked that they had jumped on time, but would be landing in East London (300km away!)
Posted by sam at 7:05 AM