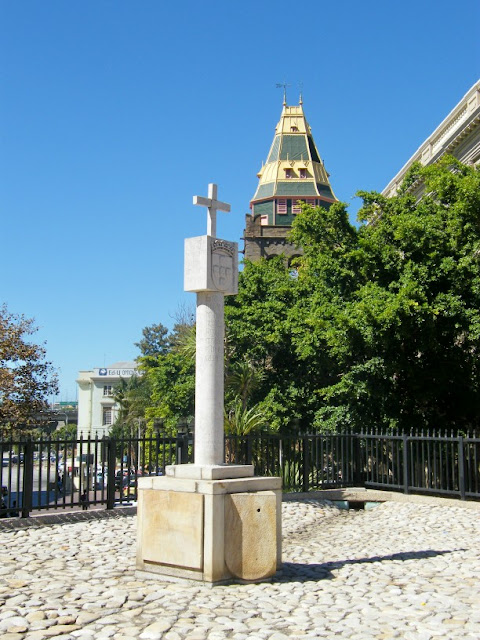 Bartolomeu Dias (Bartholomew Diaz) was the first European according to history to set foot in South Africa. In 1488 he rounded the Cape unbeknown to himself in a storm and first set foot in Mossel Bay. From there he sailed down the coast and landed in Algoa Bay where he planed a stone cross on St Croix island. He sailed further up to Kwaaihoek near present day Kenton on Sea where he planted a cross and turned around to Portugal. On Market Square is a replica of the crosses that Diaz planted which was donated to the city by the Portuguese government.
The other significance to posting a cross is that tomorrow we have national elections and everybody will be going to the polling stations to make their cross.
Posted by Firefly the Travel Guy at 9:57 PM

Email ThisBlogThis!Share to TwitterShare to FacebookShare to Pinterest
Labels: monument