"Feel it in the Air" 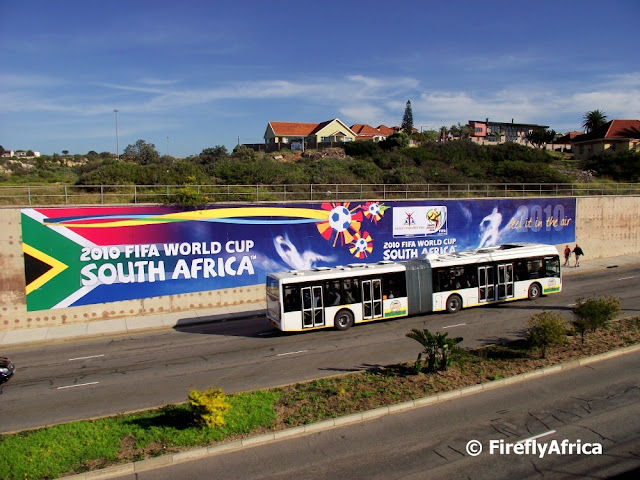 Port Elizabeth (through the Nelson Mandela Bay Municipality) has been using the "Feel it in the Air" campaign in the run up to the 2010 FIFA World Cup. The campaign involved "cloud men" playing soccer. I took this pic of the 2010 branding featuring "Feel it in the Air" from the Humewood train bridge. The bus in the pic is one of the new buses that is used on the new Bus Rapid Transport system (BRT) routes and is ferrying soccer supporters from the Park and Ride at Kings Beach to the stadium.

For more picture that you need to look skywards for, visit Skywatch.
Posted by Firefly the Travel Guy at 3:00 PM