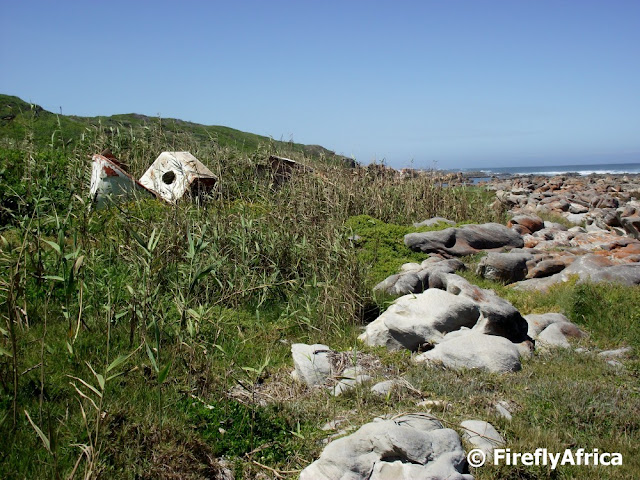 4 August 1991 was a dramatic and fateful day on the Eastern Cape coastline with the sinking of the MTS Oceanos on the Wild Coast close to Coffee Bay, east of East London.  What does this have to do with Port Elizabeth, you ask?  After all 571 passengers on board was rescued, some of the lifeboats floated south-west along the ocean currents with one of them washing up on the coastline at Schoenmakerskop.  I got to visit the lifeboat for the first time the other day while searching for a geocache in the area.  Its situated in a marshy section of the coastline and is fairly overgrown, but I'm glad I finally got to visit it as its been on my "to do" list for quite some time now. 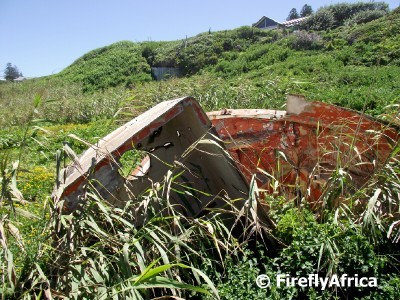 The Oceanos set out from East London on her way to Durban on 3 August 1991.  She headed into 40-knot winds and 9 m (30 ft) swells.  At about 21:30 while off the Wild Coast, a muffled explosion was heard and the Oceanos lost her power following a leak in the engine room.  The ship's Chief Engineer reported to Captain Yiannis Avranas that water was entering the hull and flooding the generator room.  The generators were shut down because the rising water would have short circuited them. The ship was left adrift.  Realising the fate of the ship, the crew fled in panic.  No alarm was raised and passengers remained ignorant of the events taking place until they witnessed the first signs of flooding in the lower decks.  At this stage, eyewitness accounts reveal that many of the crew, including Captain Avranas, were already packed and ready to depart, seemingly unconcerned with the safety of the passengers. 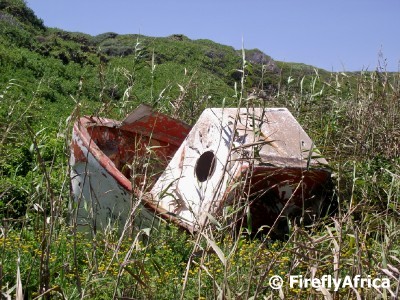 Nearby vessels responded to the ship's SOS and were the first to provide assistance. The South African Navy along with the South African Air Force launched a seven-hour mission in which 16 helicopters were used to airlift the passengers and crew to nearby settlements.  All 571 people on board were saved with a group of entertainment staff, under the leadership of Moss Hills, organizing the orderly evacuation of passengers by the helicopters.  The shipwreck is possibly the most recent instance where women and children were given priority when loading the lifeboats.  The entertainers were the last of the passengers lifted off the ship. The information is courtesy of Wikipedia
Posted by Firefly the Travel Guy at 2:30 PM