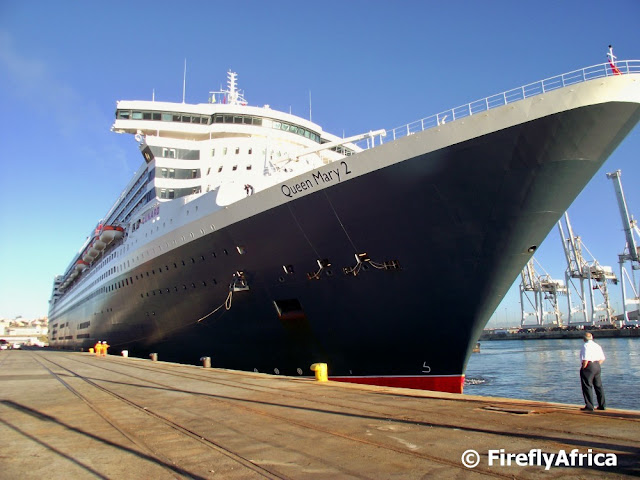 Yesterday (Monday 8 April 2013) was a big day in the history of the Port Elizabeth Harbour.  Big being the operative word.  It was the day the the largest ocean liner ever built visited the city.  And one big ass ship she is.  The Queen Mary 2 entered the harbour at just after 7am for the day with passengers going on excursions around the city and out to Addo Elephant National Park and other nearby game reserves.  I was fortunate that working in the tourism industry meant that I had business with ship passengers and I could get quay side to get a close up outside view. 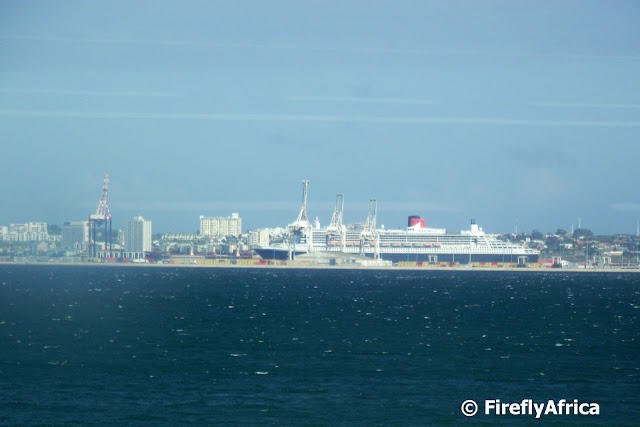 The RMS Queen Mary 2 is a transatlantic ocean liner.  She was named in 2004 and was the first major ocean liner built since Queen Elizabeth 2  (1969), the vessel she succeeded as flagship of the Cunard Line.  With the retirement of Queen Elizabeth 2 from active duty in 2008, the Queen Mary 2 became the only transatlantic ocean liner in line service between Southampton and New York.  The ship is also used for cruising, including an annual world cruise which she is on now. 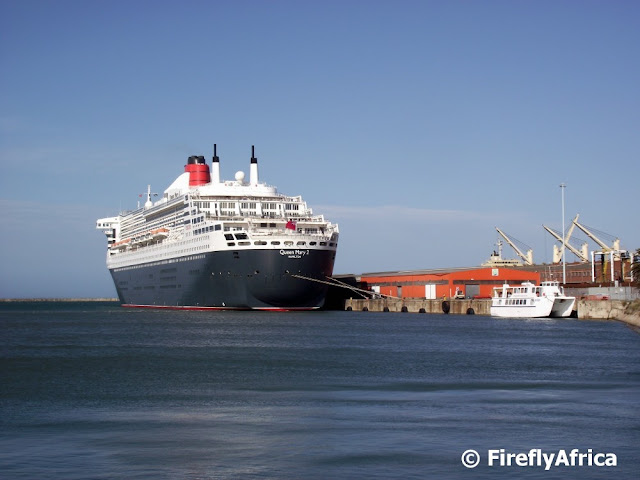 At the time of her construction in 2003, Queen Mary 2 was the longest, widest, and tallest passenger ship ever built, and with her gross tonnage of 148,528 also the largest.  Although later cruise ships are larger, Queen Mary 2 remains the largest ocean liner (as opposed to cruise ship) ever built.
I got the info for this post from Wikipedia.
Posted by Unknown at 9:52 AM